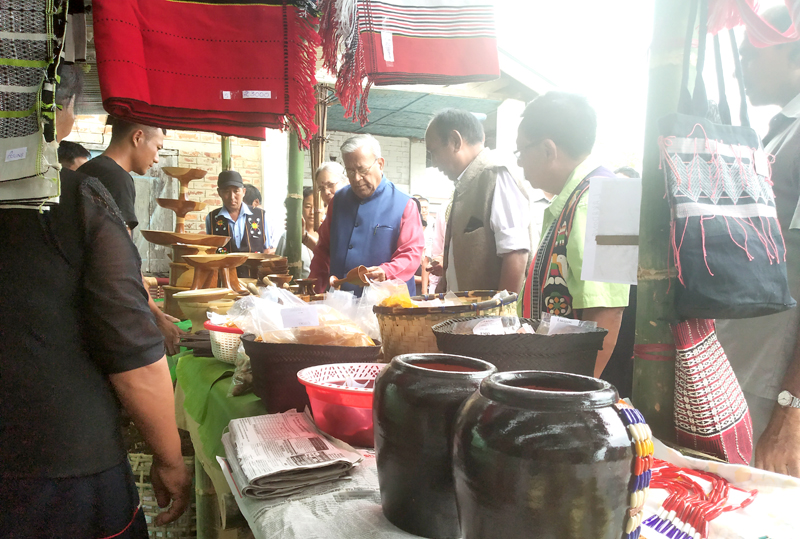 Dimapur, May 17: Nagaland Governor B Acharya today called upon the people to change their mindset if they want to see development in the State.
“If we want to see our State developed, we need to change our mindset of being self centered and build each other up for developing the State,” he said.
Inaugurating a Farmers Mela organized by Bade village council in association with organic farmers of Bade at Bade village today, the Governor mentioned that Nagaland is an agricultural society and its organic produce must have a proper market. “Our kissans should have a prosperous record,” he said.
Acharya also appealed to the universities and professionals to invest their knowledge in working for the interest of the nation. “University is the backbone of the society and the State as a whole,” he added. Stating that Nagaland has rich natural resources, he called upon the university to come up with the best strategies for strengthening them through education.
Also encouraging the youths to consider taking up entrepreneurship as a career option, the Governor opined that it will strengthen the society economically. He also asked the students not to be job seekers but to be job givers by exploring entrepreneurship along the way for the development of the State. He also called upon the national banks to support the villagers by giving loans till they are able to sustain themselves.
Emphasizing on the importance of unity, the Governor urged the people to respect and uphold the unique culture and diversity of the region.
On the occasion, the Governor and his wife released two birds to show love and respect to nature.
The Governor also gave away cash prize and certificates to Wilson Bono who secured 13th position in HSLC examination 2019 and to Vedolu Vero who secured 3rd position in PSLCE of that area.
(Page News Service)