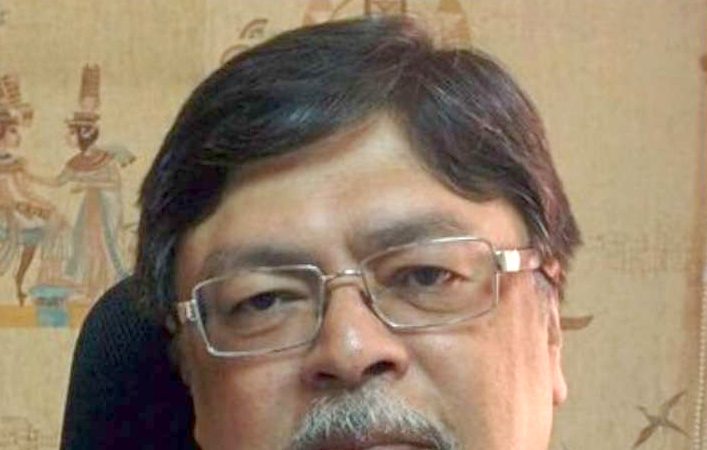 New Delhi, September 2: Chandan Mitra, former Rajya Sabha member and journalist, who had been unwell for some time, died last night. He was 65.

“Since it is already out there; Dad passed away late last night. He had been suffering for a while,” tweeted his son Kushan Mitra.
A two-time Rajya Sabha MP, Chandan Mitra resigned as printer and publisher of The Pioneer newspaper in June.
Prime Minister Narendra Modi led the tributes and condoled the death of the former BJP leader.
“Shri Chandan Mitra Ji will be remembered for his intellect and insights. He distinguished himself in the world of media as well as politics. Anguished by his demise. Condolences to his family and admirers. Om Shanti,” tweeted PM Modi.
Vice President Venkaiah Naidu called Chandan Mitra’s death “a personal loss”.
“Deeply saddened by the demise of former Rajya Sabha Member & veteran journalist, Shri Chandan Mitra. He was an erudite & highly respected journalist and parliamentarian. His death is a personal loss to me. Om Shanti!” tweeted Mr Naidu.
Ram Madhav, a senior member of the BJP’s ideological parent Rashtriya Swayamsevak Sangh (RSS), remembered the late leader as a good friend and offered condolences to his family.

Chandan Mitra had quit the BJP in 2018 and joined Mamata Banerjee’s Trinamool Congress, a party he had once blamed for letting loose a “reign of terror” in Bengal. (Agencies)