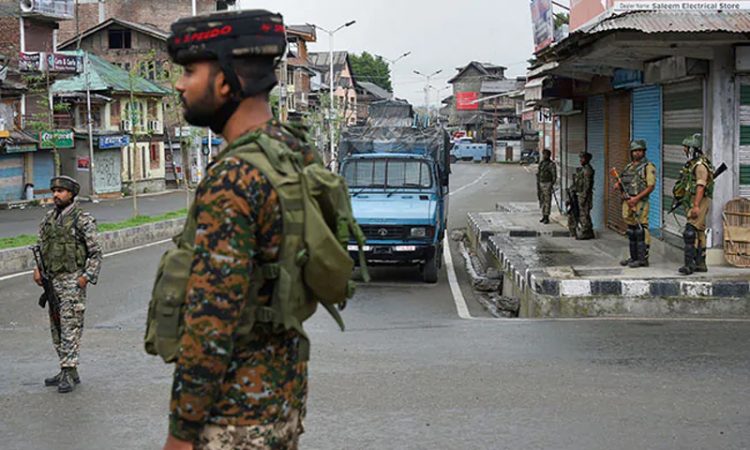 SRINAGAR, August 17: As the unprecedented security lockdown and communications blackout in Jammu and Kashmir is pared down, the government is zeroing-in on its long-term strategy to prevent any fallout from the massive changes made to the state earlier this month. Key political leaders from the state were taken into detention, phone and internet lines snapped and curfew-like restrictions were imposed as the central government on August 5 removed Jammu and Kashmir’s decades-old autonomy and decided to split the state into two union territories.
According to sources in the Jammu and Kashmir administration, the plan to prevent a breakout of violent protest involves tactics to handle four specific groups in the state.
The first cluster of people, dubbed “movers and shakers” by government functionaries, “appear harmless, move among the intelligentsia, gather intelligence but are seen inciting violence”. This could be a reference to the Hurriyat or mainstream politicians of Jammu and Kashmir. They will be detained and released as the government sees fit and the policy of house arrests will continue, sources said.
The second section is that of stone-throwers and violent protesters, mostly teenage boys. The government has adopted a strategy of “community bonds” that involves 20 family members and acquaintances signing a bond that they will ensure they do not do it again.
The third category is terrorists. The administration feels that the army will take care of the border and Line of Control across which terrorists are pushed through by Pakistan. The government also plans to review border security in Punjab and Jammu.
The fourth group of people are influencers such as religious leaders. Sources say, the government will identify and monitor religious leaders who are seen inciting violence and fanning unrest. Authorities will deal harshly with any such person and immediately arrest them.
Jammu and Kashmir has been on the edge for over two weeks now, since the government began evacuating tourists and pilgrims, and putting around 400 political leaders including former chief ministers Farooq Abdullah, Omar Abdullah and Mehbooba Mufti under house arrest.
Some restrictions were eased and over 50,000 landline phone connections have been restored in parts of the Kashmir Valley on Saturday. The Jammu and Kashmir police said that orders banning large gatherings have been relaxed in parts of the valley. Heavy security, however, continue to be in place. (NDTV)