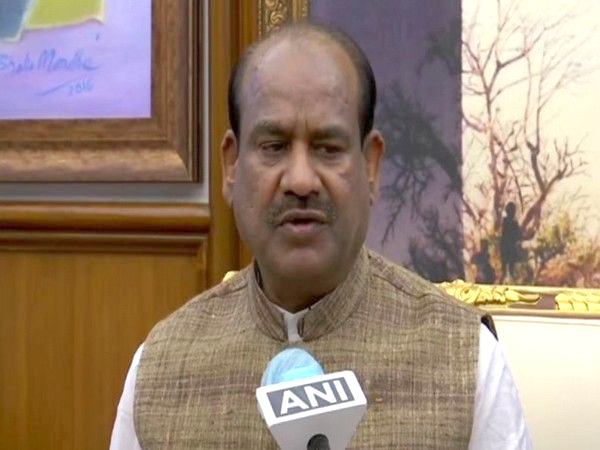 Dehradun, January 8: The Centre would soon hold a campaign named “know your Constitution” in schools, colleges and universities across the country, said Lok Sabha Speaker Om Birla in Dehradun on Friday.

Birla talked about the campaign while chairing an event organised by the Uttarakhand panchayati raj department on the subject, Panchayati Raj System – Empowering Decentralised Democracy. The event was attended by the gram pradhans and members of various panchayats of the state, panchayati raj minister Arvind Pandey and Uttarakhand assembly Speaker Premchand Agarwal. Chief minister Trivendra Singh Rawat attended the event virtually.
“The ‘Know Your Constitution’ campaign would be held in schools, colleges and universities of the country for which the framework has been created. It was somewhat delayed due to the Covid-19 pandemic, but now when the pandemic is getting under control, it would soon be commenced,” said Birla.
He said that the initiative will “largely help the youngsters getting aware of the various aspects of our Constitution.”
“Most of us know about the rights given by the Constitution but not about the duties. This initiative will explain the significance of the duties also. This would make our democracy stronger,” said Birla.
The Lok Sabha Speaker while highlighting the importance of the panchayati raj system in the country said that, “It is in existence in our country since Vedic times. This sort of an event will help in making it stronger which in turn will strengthen the democracy of our country.”
He informed, “In efforts to strengthen the panchayati raj system, we would also soon hold an event in Delhi for the chairman of zila panchayats, municipal corporation and municipal council. It would make the democratic process strong and make the elected public representatives more accountable towards the public.”
On the recent violence and protest in Washington against the election of new president Joe Biden and growing similar aggressiveness in dissent of thoughts in India, he said, “Raising of slogans, throwing of microphones and chairs has increased recently in the House. We would take measures to prevent such acts in future and promote resorting to democratic and peaceful ways to raise voice.”
Earlier, CM Rawat while addressing the gathering at the event said, “Our democracy will become strong with the decentralisation of rights in the panchayati raj system.”
“Today our democracy is standing strong in the world because the panchayats are providing strength to it. This shows the importance of the villages without which the cities can’t develop,” said Rawat.
He said, “We need to make the economy of villages strong and make sure more money is flowing there because a majority of the buyers are there while the manufacturers are in cities. If the rural buyers will be strong then the economy would be effectively driven towards development.” (Courtesy: HT)