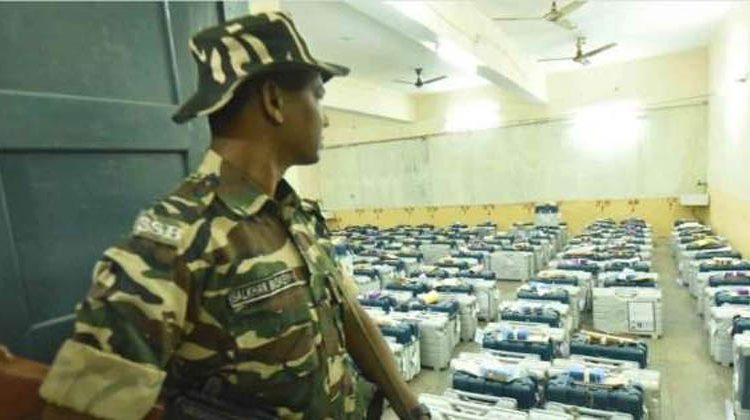 New Delhi, May 22: The Home Ministry on Wednesday put out a nation-wide alert to states about possible eruption of violence in different parts of the country in connection with the counting of votes.
The Centre’s advisory comes just a day after former union minister Upendra Kushwaha threatened of bloodshed in Bihar if any attempt is made to steal “the peoples’ votes”. Ram Vilas Paswan, the union minister and the BJP ally in Bihar, had responded to Kushwaha’s warning of bloodshed. Paswan, who spoke after the dinner for NDA allies hosted by BJP chief Amit Shah, declared that “there will be a tit for tat”.
“The Home ministry has asked states and union territories to maintain law and order, peace and public tranquillity and take adequate measures for the security of strong rooms and venues of counting of votes,” a Home Ministry statement said.
The Home Ministry did not spell out the statements that had provoked the advisory ahead of counting of votes but said the alert had been sounded “in the wake of calls given and statements made in various quarters” for inciting violence and causing disruption on the day of counting of votes.
The Centre’s unusual advisory comes against the backdrop of a sharp campaign by opposition parties against the Election Commission who they accuse of interpreting the law and rules in favour of the ruling alliance.
The opposition has for long questioned the reliability of the electronic voting machines which they fear, can be tampered with. Fueling this concern over the last few days are a string of videos that show the electronic voting machines being transported from one place to another. Like the video from Uttar Pradesh’s Chandauli where some unidentified men are seen unloading voting machines at a strong room a day after the election was held in the constituency.
EC officials rebutted the charge, insisting that the devices in the video were “reserved EVMs” (back-up machines). But the commission, when asked why these were being moved a day after polling when the protocol requires them to be taken to warehouses at the same time as the EVMs used in polls, went into silent mode.
Former President Pranab Mukjerjee had yesterday stepped into the row over the voting machines and the election processes. In a statement, Mukherjee stressed that the onus for to ensure the institutional integrity of the voting machines lay with Election Commission and it must deliver on this count. (Courtesy: HT)