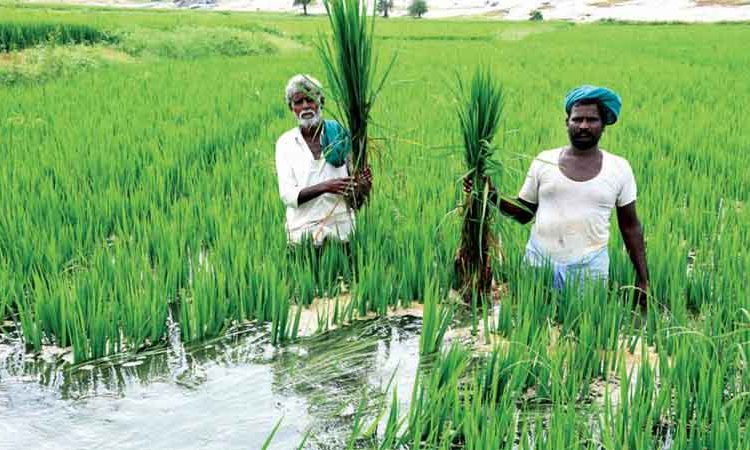 NEW DELHI, June 13: States and Union Territories should speed up the enrolment of all eligible farmers under the Rs 87,000 crore PMKISAN scheme for the timely transfer of Rs 6,000 per year in three equal instalments, agriculture minister Narendra Singh Tomar said Thursday.
In a video conference with state agriculture ministers, Tomar also asked the state governments to organise village-level campaigns to cover one crore farmers under the Kisan Credit Card Scheme within the next 100 days.
The Modi 2.0 government has extended the Pradhan Mantri Kisan Samman Nidhi Yojana (PM-KISAN), an income support scheme launched just before the Lok Sabha polls, to all 14.5 crore farmers irrespective of the size of landholdings but subject to exclusion criteria.
Under the scheme, Rs 6,000 per annum is given in three equal instalments (of Rs 2000 each) to eligible farmers.
“Union Agriculture Minister urged all States/UTs to expedite the process of enrolment of all eligible farmer families/beneficiaries in a time-bound manner so that the benefit under PM-KISAN for the period from April to July 2019 can be transferred directly to their bank accounts,” an official statement said.
The government transferred the first payment of Rs 2,000 to 3.30 crore farmers and the second instalment to 2.70 crore farmers under the PM-KISAN, which will cost over Rs 87,000 crore a year to the exchequer.
“During the video conference, it was stressed that there should be 100 per cent enlistment of eligible beneficiaries by States/UT’s, timely uploading of corrected data on PM-Kisan portal and establishment of proper redressal mechanism,” the statement added.
Discussing in detail about the Kisan Credit Card (KCC), Tomar urged the state governments to enroll the remaining farmers by organising village-wise campaigns.
He asked the states to cover one crore farmers under the KCC within the next 100 days.
Currently, there are only 6.92 crore active KCCs against 14.5 crore farmers.
“States like Gujarat, Maharashtra, UP, Chhattisgarh, WB, Bihar, Jharkhand, Himachal Pradesh, Jammu and Kashmir and North Eastern states have already been identified where KCC penetration was found lagging,” the statement said.
KCC has been extended to farmers who are involved in activities related to animal husbandry and fisheries. (PTI)