Sign in
Home National Centre asks states to not get ‘overawed’ by rise in daily COVID-19 cases, test aggressively 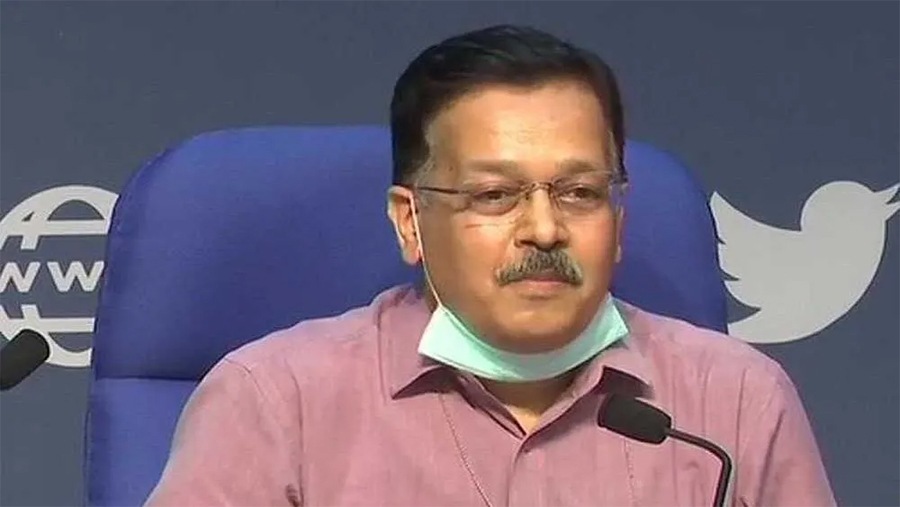 New Delhi, August 11: Amid a spurt in COVID-19 cases, the Union Health Ministry on Tuesday asked states to not get “overawed” by the rise in the number of infections but focus on aggressive testing, comprehensive tracing and tracking and efficient treatment of patients.
At a press briefing, Health Ministry Secretary Rajesh Bhushan said active cases, which comprised 88.83 per cent of the total caseload on March 31, have dropped to 28.21 per cent.
An effective and prompt clinical management of COVID-19 cases has led to the recovery rate rising to nearly 70 per cent and the fatality rate falling below 2 per cent for the first time since the lockdown was imposed in March. The fatality rate now stands at 1.99 per cent.
Talking about India currently being the largest contributor to the daily caseload worldwide, Bhushan said neither the Union government nor the state governments should be “overawed” by the number of positive cases per day.
“That is just one parameter. It must be seen in tandem with the number of recoveries everyday and the percentage decline in the fatality rate everyday,” he said.
The number of positive people will obviously increase after a country starts doing more than 7 lakh tests per day, he asserted.
“But the fact remains that a large percentage of these positive people are asymptomatic and do not require hospitalisation. Large number of them are only advised home isolation where everyday their medical parameters are either monitored by a team physically going to check on them or they are monitored telephonically,” Bhushan said.
On those hospitalised, he said of the total active cases, less than 1 per cent are on ventilator, less than 3 per cent are on oxygen support and less than 4 per cent are in ICU.
“Therefore, we should not lose sight of the bigger picture. That is why we say mere increase in daily positive cases must not overawe states. They must keep pursuing the policy of aggressive testing, comprehensive tracing and tracking and efficient treatment,” the health secretary added.
On reports of lung ailments and cardiac problems in some patients who have recovered from COVID-19, Bhushan said a joint monitoring group in the health ministry headed by the Directorate General of Health Services is working on a “guidance note” for them.
On states complaining that negative results are quite high in rapid-antigen test, he said the Health Ministry has been advising them that all negative symptomatic cases detected through rapid-antigen test mandatorily be subjected to RT-PCR test.
Also, states are being advised that all asymptomatic negatives of rapid-antigen tests, if they develop symptoms after two-three days, must necessarily be subjected to RT-PCR test, Bhushan said.
“We think that if these two parameters are met we would be able to capture most of the cases which otherwise would have gone undetected,” he said.
He said it’s “premature” to talk about reopening schools and colleges and other activities.
“In life, as in pandemic management, you cross the bridge when you come to it. So while we do have SOPs ready for specific activities after due stakeholder consultations, we release those SOPs only after there is an understanding that a specific activity needs to be opened,” the senior official said.
“Therefore, it would be rather premature at this point in time to say that by such and such date we would open this activity,” he said.
The ministry, he said, is privy to knowledge that the Education Ministry has repeatedly engaged in consultations with states and with parent bodies to discuss the reopening of schools and the interim arrangement until a decision on it is taken.
Bhushan said the Centre has constituted an expert committee under the chairmanship of NITI Aayog member VK Paul which will meet on Wednesday to consider the logistics and ethical aspects of procuring and administering the COVID-19 vaccine. The committee will engage with all stakeholders including state governments and vaccine manufacturers.
Asked why India did not ‘test, trace and treat’ aggressively earlier, Bhushan said the pandemic has grown in the last seven months and “so has our understanding of the pandemic”.
“When the pandemic started, we have no hesitation in accepting that this country had one lab, that is NIV in Pune. Today we have about 1,400 labs, so as the pandemic grew we learnt from the pandemic and our response also got refined,” he said.
He said over 2.5 crore COVID-19 tests have been conducted in the country so far and India is currently conducting 18,320 tests per million population.
Giving figures on tests being conducted, he said India’s tests per day per million population stands at 506.
The total coronavirus cases increased to 22,68,675 on Tuesday with 53,601 new infections being reported in a day, while the death toll climbed to 45,257 with 871 fatalities being reported in a span of 24 hours, according to health ministry data. (PTI) 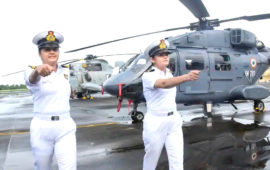 ‘Exciting, thrilling’: Women Navy officers who will be the first combat aviators

Oppn parties hit out at govt over suspension of 8 MPs, hold protest on Parliament premises 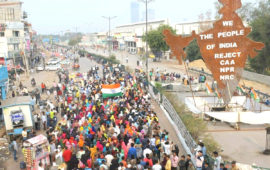 Can’t have universal policy on protests: SC in anti-CAA case 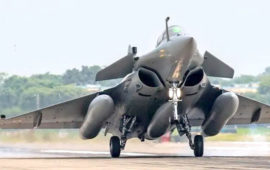 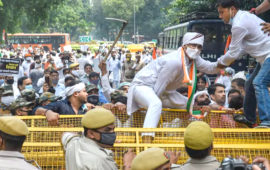 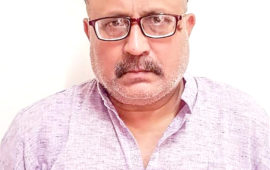 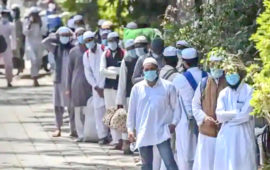 ‘Tablighi event led to Covid spread among many’: Govt to Parliament