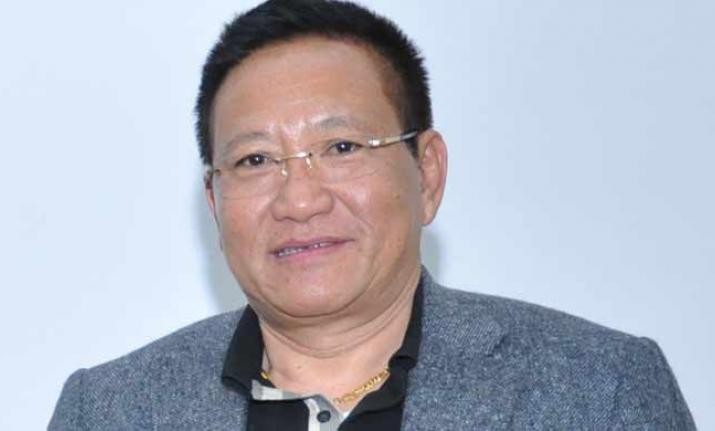 DIMAPUR, JULY 21: With the two Naga negotiating groups sticking to their respective standpoints in the form of Framework Agreement and Agreed Position, it would appear that members of Nagaland Legislative Assembly have been tasked with bringing them under a “common approach”.

Following its meeting with WC, NNPGs yesterday, the Core Committee on Naga political issue met with top NSCN (IM) leaders at Police Complex, Chumukedima in Dimapur.
After the meeting, co-convener of the Core Committee, TR Zeliang told Reporters that their conference after a long gap was “smooth sailing”.
“They understood our point and we also understood their contention. Our expectation is the two Naga negotiating groups
will sit across the table along with the 60 elected members so that we could arrive at some kind of conclusion”, the former Chief Minister said.
According to Zeliang, the Core Committee members requested the NSCN (IM) leaders to resume talks with Government of India.
He said that the Committee will also “pursue on behalf of them (Naga negotiators) as facilitator, so that we can arrive at a common ground”.
Thus, he said, this could enable the Naga negotiating groups to hold talks with Government of India “with a common approach”.
“That’s how we expect to arrive at a conclusion”, said Zeliang.

NSCN (IM) leaders did not speak to the media. They were represented by Q Tuccu, Tongmeth Wangnao, Th Muivah, Ashang, Rh Raising, Daniel Lotha, VS Atem, Shadang, Rev. Puni Mao, TT Among, K Angami, and Karaibo Chawang.
The Core Committee delegation included Neiphiu Rio, Y Patton, TR Zeliang, Neiba Kronu, Kaito Aye, Mmhonlumo Kikon, Imkong L Imchen, H Haying, Yitachu, YM Yollow, Noke Konyak, R Khing, Tongpang Ozukum, Chuba Chang, and Pangnyu Phom.
After yesterday’s meeting, Convenor of WC, NNPGs, N Kitovi Zhimomi had said that they do not have any differences with NSCN (IM), while Chief Minister Neiphiu Rio had said that the purpose of the meeting was to get briefing on the status of Naga talks from the group and to relay the message of Naga public to the group.
(Page News Service)