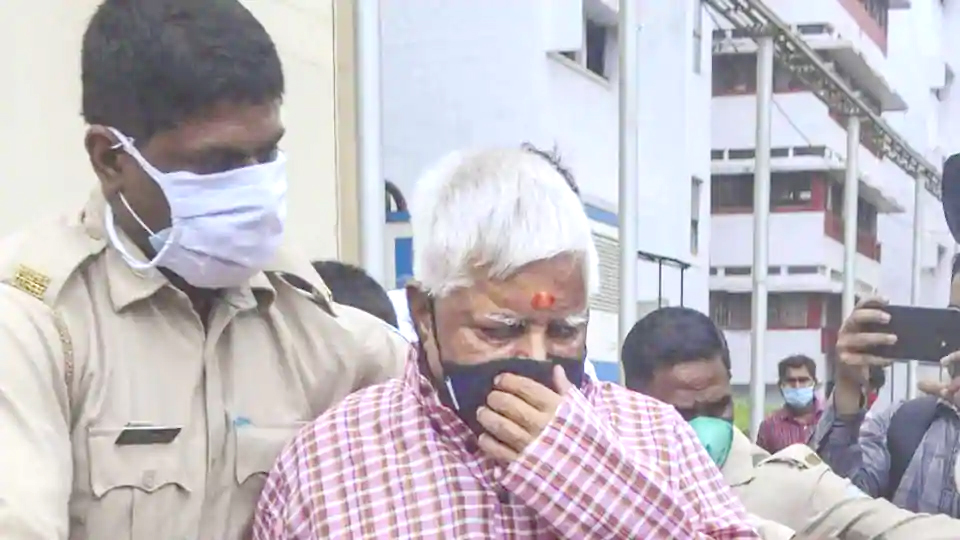 Ranchi, September 19: For the first time in over two-decades-old fodder scam cases, the Central Bureau of Investigation (CBI) took recourse of a new legal provision to oppose RJD chief Lalu Prasad bail plea even as it may bring troubles to several other convicts.
According to the CBI, the court had never ordered that the sentences awarded to Prasad in four separate fodder scam cases would run concurrently. Hence, Section 427 (1) of the code of criminal procedure (CrPC) would apply and Prasad’s custody in subsequent cases would start only after the completion of the sentence in previous cases, the agency said.
Section 427 (1) of the CrPC says, “When a person already undergoing a sentence of imprisonment is sentenced on a subsequent conviction to imprisonment… such imprisonment… shall commence at the expiration of the imprisonment to which he has been previously sentenced unless the Court directs that the subsequent sentence shall run concurrently with such previous sentence…”
Former Bihar chief minister, Prasad, had suffered a major jolt in the fodder scam case on September 30, 2013, when a trial court in Ranchi held him guilty in the first of six cases against him. The conviction got him five years in prison, disqualification from Parliament and a ban on contesting elections. He was granted bail by the Supreme Court in December that year.
His trouble renewed again after December 23, 2017, when he had been convicted and sentenced to 3.5 years, 5 years and 14 years of jail terms in three other fodder scam cases in quick succession. Since then, he has been in jail.
Of these three cases, he had secured bail in one of them last year from Jharkhand high court on the ground that he had served half of the 3.5 years imprisonment awarded to him.
“The CBI has already challenged the above HC’s order in Supreme Court and it is pending there,” said assistant solicitor general and CBI’s counsel Rajiv Sinha.
In July this year, Prasad filed a bail application in the high court in the second case on similar ground that he had completed half of the 5 years jail term. But, the CBI, for the first time, took recourse of aforesaid Section 427 (1) of the CrPC to oppose his bail plea contending that Prasad’s custody, in this case, was yet to commence as he had not completed the full custody of previous cases.
Prasad’s advocate Prabhat Kumar said, “The court, in last hearing on September 11, had not appreciated CBI’s argument saying that it was a premature stage to raise such contention. The court said the issue would be decided in the final hearing of pending appeal petitions.” He added that Prasad’s bail application would be heard next on October 9.
Kumar explained that fodder scam cases involve nearly 200 accused and majority of them had been convicted in more than one cases. “Some of the accused suppliers were convicted in more than 25 cases and got different terms of imprisonment. If an individual’s total sentence is taken into account, it may be over 100 years,” he said.
Advocate Indrajeet Sinha, practising in Jharkhand high court, said, “The appellant court has the power to order that sentences of different cases would run concurrently. I think this is a weak argument taken by the CBI in bail matters.”
He added, “The appeal of fodder scam convicts are still pending in high court. If court goes by the mandate of Section 427 of the CrPC in bail matters, then accused, convicted in four or five cases, would have to serve half of the total sentences (27.5 years in case of Lalu Prasad) for his/her release on bail. But, it would be an injustice to him/her for keeping so long in jail in case the court, later on, acquits him/her after deciding the pending appeal petition.”
Prasad’s current bail plea is related to the case of fraudulent withdrawal of Rs 33.13 crore during 1992-93 from Chaibasa treasury over fictitious spends on fodder and other expenses for cattle. He, along with 49 others, was convicted in this case. Prasad was sentenced to five years of jail term and was fined Rs one million.
After spending the initial two months from – December 2017, to February 2018 – in Birsa Munda Central Jail in Ranchi, Prasad had developed health complications in March 2018 and was shifted to a hospital. Since then, he never returned to jail. (Courtesy: HT)