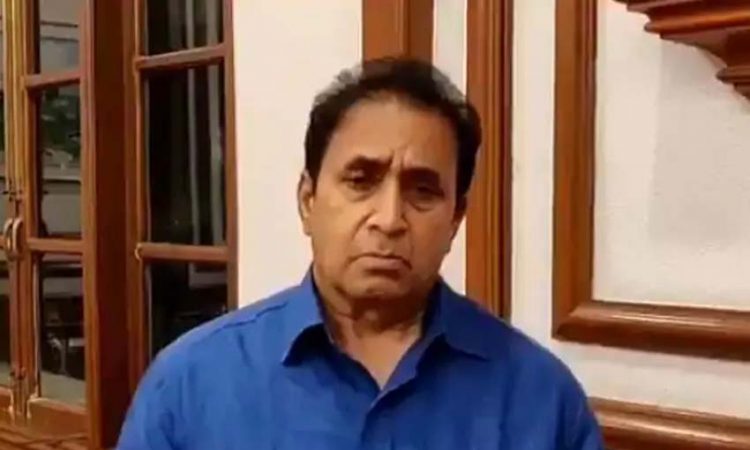 New Delhi, April 24: The CBI has registered an FIR against former Maharashtra home minister Anil Deshmukh in connection with allegations of bribery against him and carried out searches at various locations in Mumbai and his hometown Nagpur on Saturday, officials said.

The NCP leader told reporters in Nagpur that he cooperated with the searches at his residence.
The probe agency had carried out a preliminary enquiry on the orders of the Bombay High Court to look into bribery allegations against him levelled by former Mumbai police commissioner Param Bir Singh, officials said.
According to the officials, during the enquiry, the CBI got enough prima facie material to start a formal probe by registering a regular case against Deshmukh and other unidentified persons under the Prevention of Corruption Act.
After registering the case, the CBI started a search operation at a number of locations including the premises of Deshmukh in Mumbai, Nagpur and other places, they said.
On March 25, Param Bir Singh had filed criminal public interest litigation seeking a CBI probe against Deshmukh who, he claimed, had asked police officers, including suspended cop Sachin Waze, to extort Rs 100 crore from bars and restaurants.
Waze is facing an NIA probe in the case of explosive- laden SUV found near industrialist Mukesh Ambani’s house in Mumbai.
Singh had initially approached the Supreme Court, alleging he was transferred from the post of Mumbai police commissioner after he complained to Chief Minister Uddhav Thackeray and other senior leaders about the “corrupt malpractices” of Deshmukh, an NCP leader.
The Shiv Sena, NCP and Congress share power in Maharashtra.
The apex court had termed the matter as quite serious but asked Singh to approach the high court. Singh then filed a PIL in the high court, seeking an “immediate, unbiased, impartial” probe by the CBI.
In Mumbai, CBI teams conducted simultaneous searches at two properties linked to Deshmukh — the state government’s `Dnyaneshwari’ bungalow in south Mumbai which was allotted to him when he was a minister, and his flat in Sukhada Apartment in Worli, an official said.
CBI officers wearing PPE kits and masks in view of the coronavirus situation conducted the searches that began early morning. They left around 4 pm.
In Nagpur, a CBI team which had arrived from Delhi on Friday night carried out searches at Deshmukh’s properties early Saturday morning. They also wore PPE kits and masks.
The team left around 6.30 pm.
“I cooperated with the CBI team which came for searches at my house,” Deshmukh told reporters.
He had resigned as a minister after the high court asked the CBI to probe the allegations.
Meanwhile, talking to reporters, NCP spokesperson and Maharashtra minister Nawab Malik said, “Nobody is above the law. Anil Deshmukh is cooperating with the agencies.

“This is nothing but misuse of power to malign the state government and Anil Deshmukh. We have full faith in the judiciary and know that the truth behind the political conspiracy will be exposed through the probe,” he said.
Shiv Sena leader Sanjay Raut said it would not be appropriate to comment on the CBI’s action.
“If there is a political agenda in the case against Anil Deshmukh, then the MVA government will take a stand. Hope the action against Deshmukh is restricted to directives of the high court,” he said. (PTI)