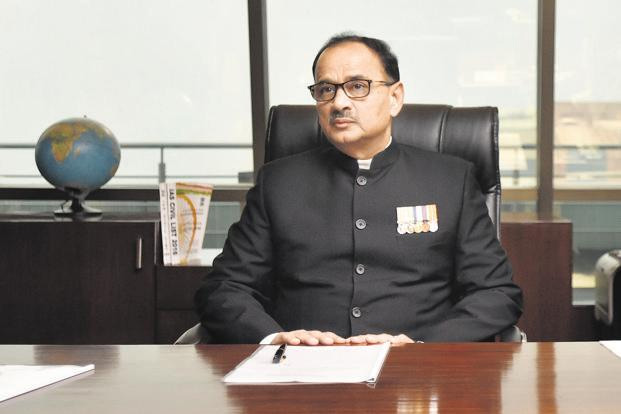 New Delhi, January 10: A little over 30 hours after he assumed charge as CBI director, Alok Verma was sacked on the recommendation of a high-powered committee led by Prime Minister Narendra Modi on Thursday evening.
A government order issued an hour later said Verma would be the Director General Fire Services, Civil Defence and Home Guards for the next three weeks, till 31 January when he is due to retire. CBI additional director M Nageshwar Rao will hold interim charge as CBI Director till the agency gets a new chief.
Sources said the panel, which also includes Justice AK Sikri and Congress leader Mallikarjun Kharge, decided to remove Verma after examining the report of the Central Vigilance Commission.
News agency Press Trust of India said Kharge had opposed the order and gave a dissent note. The Congress leader wanted that Verma should have been given an opportunity to rebut the allegations levelled against him.
The Congress, reacting to the 2:1 majority decision, alleged that Verma’s removal “without giving him the chance to present his case” showed PM Modi has shown that “he’s too afraid of an investigation, either by an independent CBI director or by Parliament via JPC”.
The findings of the CVC report aren’t public but the Supreme Court, which was first given the report, had concluded that it did contain portions that were “not complimentary” to Alok Verma.
New agency ANI said the panel took into account the CVC report that revealed “extremely serious nature of observations” against Verma. The PM-led panel was of the view Verma hadn’t acted with the integrity expected of him as head of a very sensitive organisation.
The CVC, ANI said, had found evidence of influencing of investigation in Moin Qureshi case as well as accepting a Rs 2 crore bribe. “Alok Verma’s conduct in the case is suspicious, and there is a prima facie case against him,” it said, citing the CVC report.
In its verdict this week, the top court, however, ended Alok Verma’s 77-day forced leave because the government hadn’t followed the right process. The court had, however, made it clear that Verma could not take any policy decisions and left it to the PM-led selection committee to decide on his future.
A government source said M Nageshwar Rao, who had been the interim director of the agency during the previous 77 days, would be given charge.
In his 30-odd hours that he spent in the CBI’s top post, Alok Verma had gone on an overdrive to revoke transfers of some officials close to him and altered the job description for some others. In all, over two dozen officers had been impacted.
Alok Verma and Rakesh Asthana had been engaged in an internecine battle that roiled the agency and almost split it down the middle. Back in October, the government cited this rivalry to send the two officers on leave.
The decision came after more than a two-hour long meeting of the high-powered panel, This was the second meeting of the selection committee in two days and provoked Congress chief Rahul Gandhi to accuse the government of going after Verma because it didn’t want the agency to probe the Rafale deal. (Agencies)