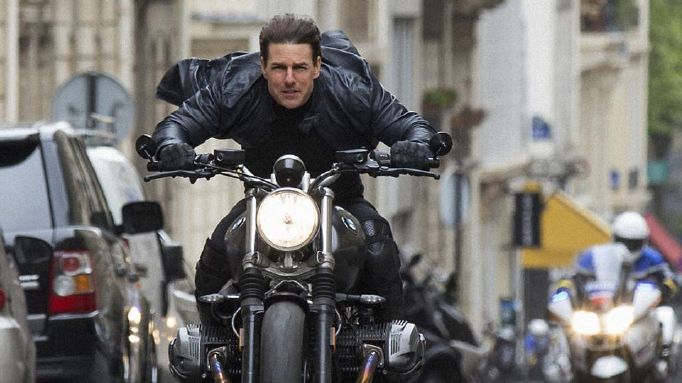 The Central Board of Film Certification has omitted all references of Kashmir in Tom Cruise’s Mission: Impossible Fallout.
Fallout was supposed to have several mentions of India, with the entire climax set in Kashmir. Having hoped to shoot in India, director Christopher McQuarrie had shared that he extensively scouted locations in the country but was denied permissions. Owing to the unavailability of real locations, the makers instead recreated a valley in New Zealand to look like a village in Kashmir.
According to Hindustan Times, the film’s version released for Indian audience does not have any explicit mention of Kashmir. There are abrupt cuts in the final sequence as well as no title card introducing the locations specific to that portion. Ilsa Faust (played by Rebecca Ferguson) does make a mention Nubra Valley and the Siachen glacier, but the word Kashmir is not heard.
A report on Quint added that most of the action sequences are still intact and the plot unaffected. There is also a mention of the Indian Army.
Fallout released in India on 27 July and despite the cuts, earned Rs 9.5 crore on its opening day, becoming the 6th highest grossing Hollywood film in India. The sixth instalment of the Mission Impossible franchise also stars Henry Cavill, Ving Rhames, Simon Pegg, Sean Harris, Angela Bassett, Vanessa Kirby, Wes Bentley, Frederick Schmidt with Michelle Monaghan and Alec Baldwin.