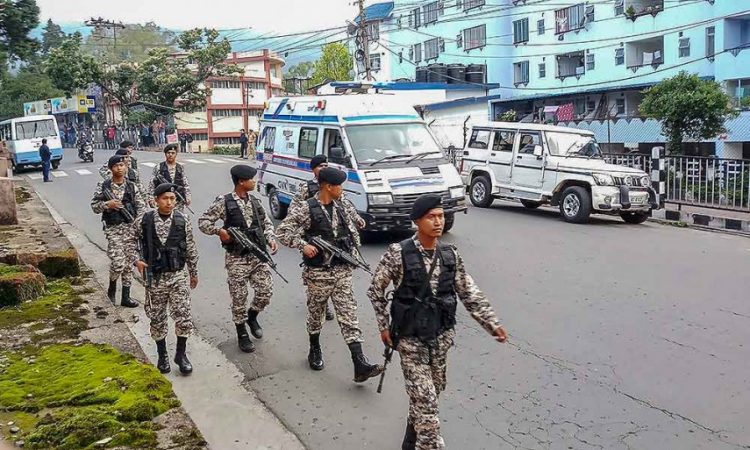 Shillong, October 24: A case was registered against an armed Bengali militant outfit on Saturday for threatening to “wage war” against the Khasi Students’ Union (KSU) and the indigenous people of Meghalaya, police said.
The United Bangal Liberation Army sent the threat letter to the KSU’s office here during the day, they said.
“A case was registered against the United Bangal Liberation Army for criminal conspiracy, threatening to wage war against the local populace of Meghalaya and criminal intimidation against the chief minister,” Additional Inspector General of Police, G K Iangrai, said in a statement.
The case was registered with the Cyber Crime police station and an investigation is underway, he said.
The police appealed to everyone to refrain from inciting a breach of communal peace and harmony and warned of stern action against anyone taking the law into their hands.
The KSU on Wednesday had put up banners reading ‘All Meghalaya Bengalis are Bangladeshis’ across the state, prompting senior BJP leader and former state governor Tathagata Roy to demand that the students’ body be designated as a “terrorist outfit”.
The police had pulled down the banners and warned of strict action against those trying to “incite communal disharmony”.
The outfit, in the banners, also mourned the death of one of its members in clashes over the Citizenship Amendment Act (CAA) in Bengali-dominated Ichamati village along the India-Bangladesh border in February.
The banners were put up after people recently staged a protest outside the Meghalaya House in Kolkata over the issue and a leader of a Bengali outfit intended to visit Ichamati on Wednesday but was denied permission by the state government.
The issue cropped up after some people recently wrote to the National Commission for Protection of Child Rights (NCPCR) and Governor Satya Pal Malik alleging harassment of Bengali settlers by locals in Ichamati.
The state government, in its report to the NCPCR, however, said that no cases of harassment of Ichamati residents, particularly women and children, were found.
Defending his organisation’s action, KSU chief Lambok Marngar had said, “The display of banners in Shillong and other parts of the state was intended to send a message to trouble-mongers who were trying to mislead the country and create hate especially on the Ichamati issue.”
Ichamati was the epicentre of anti-CAA clashes in February when an NGO leader was lynched by non-tribal settlers supporting the Act.
The prime accused in the case is absconding but 41 others have been arrested for questioning, a senior police officer said. (PTI)