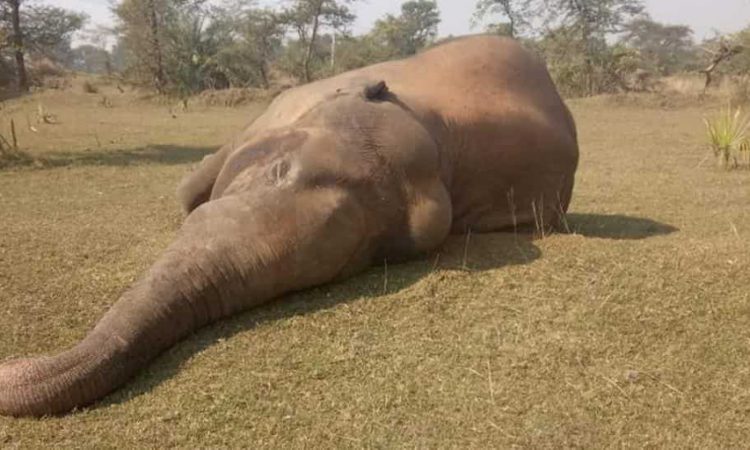 Though the highly infectious disease caused by the bacteria called ‘Bacilhus anthracis’ had earlier been detected in cattle in the state, this is likely to be the first confirmed case of Anthrax in wild elephants in Assam.
Forest officials had found the carcass of a sub-adult female aged nearly 10 years in the Soraipung range of the Forest on December 3.
Two days later, carcass of another female elephant aged around 18-20 years was found few hundred metres away from the spot where the first carcass was found. Both elephants are believed to be from the same herd.
Usually, carcasses of wild elephants are buried, but since Forest officials suspected the deaths to be due to Anthrax, the two elephants were cremated using safety measures.
“We had conducted autopsy on both the elephants along with Veterinarians of the state Forest Department. The lab result of the autopsy of the first elephant has tested positive for Anthrax,” said Khanin Changmai, a Veterinarian with the WTI.
“We are still waiting for result of the autopsy of the second elephant. Though there have been cases of Anthrax infection in livestock, this could be the first case of the disease in wild elephants in Assam”, he added.
Senior Forest officials did not respond to calls on what measures have been taken following detection of Anthrax.
(Courtesy: HT)