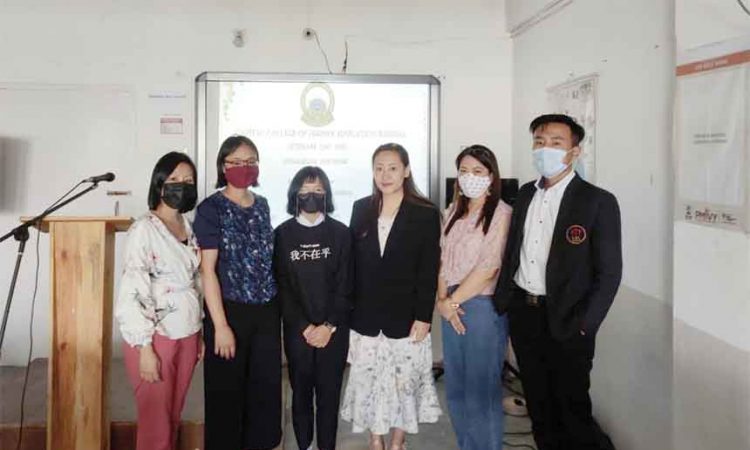 Dimapur, April 24: The Capital College of Higher Education Kohima held its annual ‘Literary Day’ on April 23 under the theme “Unmasking the Mask”. The event was jointly organized by the Department of English and the Literary Cell. Due to the ongoing surge in the Covid 19 cases and to ensure minimal gathering, the event was held in a blended manner. While the participants of the programme attended the event physically, the rest of the students had to attend the event virtually, via zoom.

The annual literary event 2021 was held in a staggered manner with the competition items held in different days, beginning from March 23. Unlike the traditional literary competition items, a mixture of both real time and virtual competition items were held. Competition items like essay, poetry, story and painting were held in real time on different days while role play and short film were held virtually.
During the award ceremony, Dr Adenuo Shirat Luikham, Asst. Professor, Don Bosco College was the keynote speaker. While stating that the theme “Unmasking the Mask” was immensely relevant to the times we live in, she emphasized that it significantly echoes the role of literature in the society.
Quoting Shakespeare “All the world’s a stage,/ And all the men and women merely players,” she opined that we humans wear different masks to navigate through the ups and downs of life and literature plays the role of “unmasking the mask”. Literature, according to her, has shouldered the responsibility to peel away the hidden layers, subject matters and issues that are considered as taboo or shameful to bring up in social settings.
Awards for the following categories were given: Poetry: Winner – Bentakum C.Chang, Runner up – Rhovelu Soho & Hauli Konyak; Essay: Winner – Roupfuzhano Whiso, Runner up – Nimrei; Short Story: Winner – Sapna Dorgi, Runner up – Shochimla, Painting: Winner- Bendangienba, Runner up – Mantam Konyak; Role Play: Winner – Rhovelu Soho, Runner up – SenuluTetseo; Short Film: Winner – 6th Semester 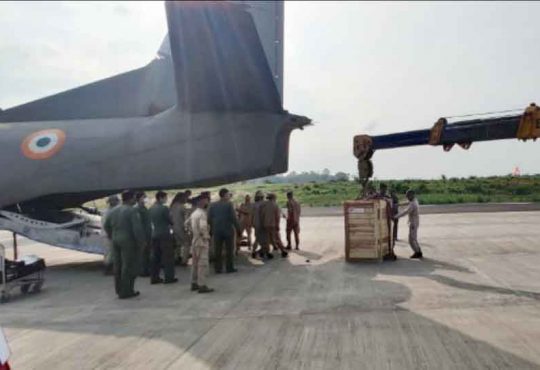