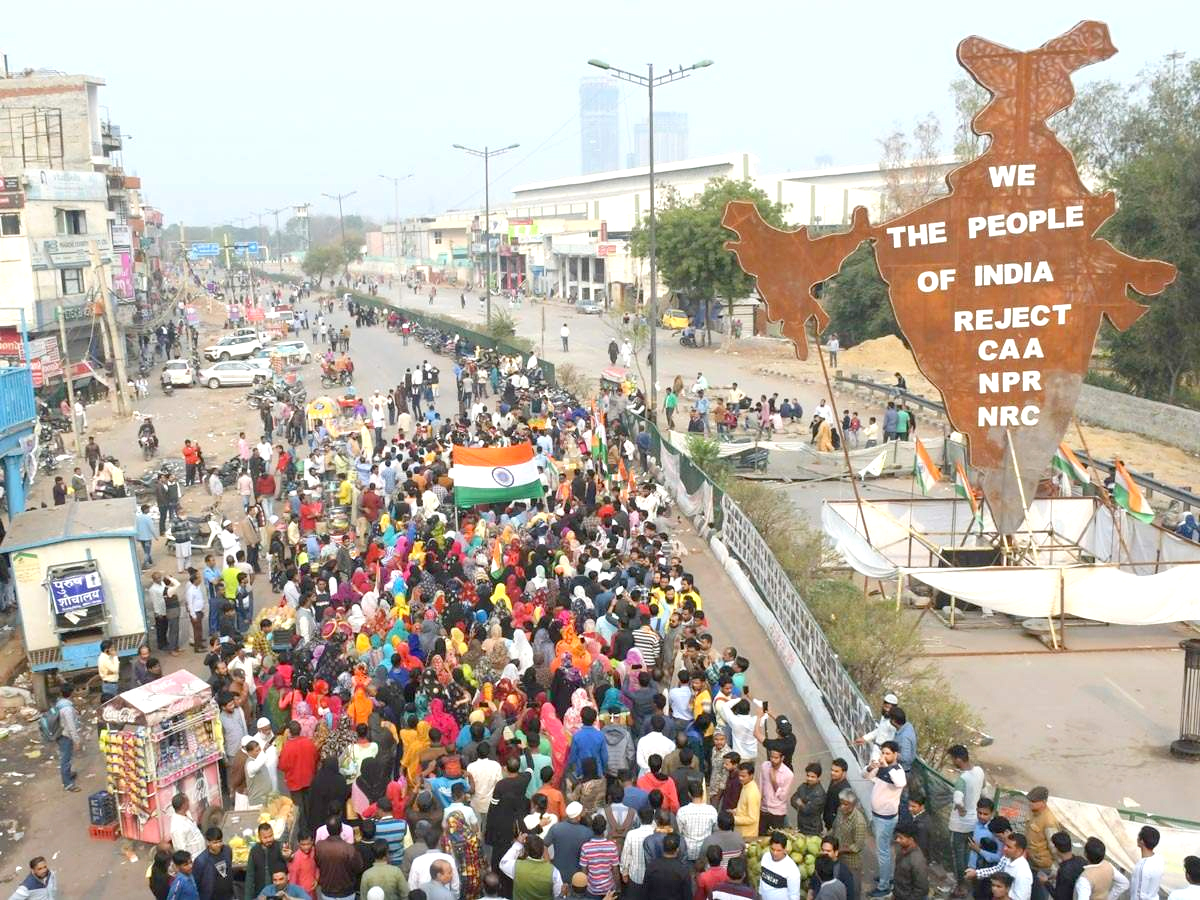 New Delhi, September 21: The Supreme Court today said there is a need to balance the right to protest and blocking of roads and that there cannot a “universal policy” since the situation may “vary” from case-to-case.
The top court’s observation came as it reserved the verdict on a batch of pleas against the anti-CAA protests which had led to blocking of a road in Delhi’s Shaheen Bagh last December.
The situation normalised later due to the coronavirus pandemic and subsequent observance of protocol.
“There were some supervening circumstances which came into play. God almighty had intervened,” said a bench comprising Justices SK Kaul, Aniruddha Bose and Krishna Murari.
Taking note of the submissions of lawyers, the bench said: “We have to balance the right to protest and blocking of roads. We have to deal with the issue. There cannot be a universal policy as the situation may vary on case to case basis.
“In a parliamentary democracy, protests can happen in parliament and on roads. But on roads, it has to be peaceful”.
Amit Sahni, one of the lawyers who had filed the plea in the case, said that this kind of protests should not have been allowed in larger public interest.
“This was allowed to continue for more than 100 days and people faced difficulties. This kind of incident should not have happened. Yesterday in Haryana a “Chakka Jam” was organised. They have also called for a “Bharat Bandh” on September 24-25,” he said.
Advocate Mehmood Pracha, appearing for an intervenor, said that there was a right to peaceful protest and some members of a political party went to the spot and “created” the riots.
“We have the right to protest. State machinery is not sacrosanct. Members of a political party went there with the police and created the situation,” he said.
Reserving the verdict, the bench said that it had appointed interlocutors as an experiment and they had suggested some measures which can be looked into.
It said that the experiment of sending interlocutors may or may not have succeeded and the COVID-19 situation may also have an effect on the situation.
Solicitor General Tushar Mehta, appearing for the Centre, said that the right to protest cannot be absolute and there are some judgements to this affect.
The top court had earlier heard the pleas, filed by Sahni, former BJP MLA Nand Kishore Garg and Ashutosh Dubey, against the anti-CAA protests at Shaheen Bagh after the February 8 Delhi assembly elections.
Amit Sahni had approached the high court seeking directions to Delhi Police to ensure smooth traffic flow on the Kalindi Kunj-Shaheen Bagh stretch, which was blocked by anti-CAA protesters since December 15.
The high court had urged local authorities to deal with the situation keeping in mind the law and order situation.
Amit Sahni has filed a special leave petition in the top court against the high court’s order.
The plea has sought directions to the police to ensure smooth traffic flow on Kalindi Kunj-Shaheen Bagh stretch.
It has sought supervision of the situation in Shaheen Bagh, where several women were protesting, by a retired Supreme Court judge or a sitting judge of the Delhi High Court in order to circumvent any violence.
Separately, Mr Garg had filed a petition in the Supreme Court seeking directions to authorities to remove the protestors from Shaheen Bagh.
Restrictions had been imposed on the Kaindi Kunj-Shaheen Bagh stretch and the Okhla underpass, which were closed on December 15 last year due to the protests against CAA and the National Register of Citizens (NRC).
Mr Garg’s plea said that various other arterial roads of Delhi have been facing traffic congestion due to the protest at Shaheen Bagh.
Saying that the law enforcement machinery has been “held hostage to the whims and fancies of the protesters,” the plea has sought laying down of guidelines for protests leading to obstruction of public places.
“It is disappointing that the state machinery is muted and a silent spectator to hooliganism and vandalism of the protesters who are threatening the existential efficacy of the democracy and the rule of law and had already taken the law and order situation in their own hand,” the plea said.
It said the Shaheen Bagh protest is “undoubtedly within the constitutional parameter” but it lost its legality as constitutional protection were being “blatantly and brazenly flouted and violated”. (PTI)