HomeInfotainmentCannes 2019: Quentin Tarantino’s Once Upon a Time in Hollywood gets 6-minute standing ovation
Infotainment
2 years agoMay 22, 2019No tags 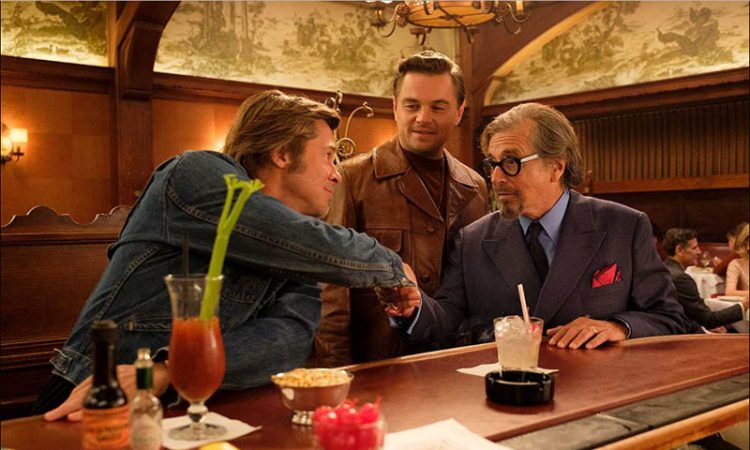 The most anticipated film of the year, Once Upon a Time in Hollywood, premiered at the prestigious Cannes Film Festival 2019 and is already on its way to become a contender for the Palme d’Or.
As many as 25 years after Quentin Tarantino took Cannes by storm with cult favourite Pulp Fiction, the maverick director’s return with his ninth and final film received a six-minute standing ovation.
Initial critic reactions are already giving rave reviews to the film, its cast and its makers. One of the longest such receptions at this year’s Cannes, the excitement had been building up ever since the lead duo, Brad Pitt and Leonarado DiCaprio, were signed up for the movie.
Once Upon a Time in Hollywood premiered at the 25th anniversary of Pulp Fiction, that won the prestigious Palme d’Or at the 1994 Cannes Film Festival, and was a major critical and commercial success.
The lead cast of the film, Brad Pitt, Leonardo DiCaprio and Margot Robbie, along with Quentin Tarantino, were present at Cannes 2019 for its premiere. Once Upon a Time in Hollywood takes a panoramic look at the Hollywood movie industry at the end of the 1960s, encompassing real life figures such as Sharon Tate and the Manson family.
DiCaprio plays a washed-up TV star Rick Dalton and Brad Pitt his body double and majordomo, Cliff Booth. The two struggle to find a place for themselves as they attempt to navigate the final days of Hollywood’s golden age.
Robbie, whose performance has received rave reviews from critics, plays the late Sharon Tate, who moves next door to Dalton. As with most Tarantino movies, things take a dark and violent turn from there.
There are also cameos from seasoned actors including the legend, Al Pacino.
The mega budget expensive film is more if a character study than some of Tarantino’s recent works. It is, in some respects, a meditation on the ephemeral nature of talent and a cautionary tale for artists who find themselves out of step with the times.
The commercial success of the film is a worrisome factor considering its content and the hefty price tag the film carries.
The Tarantino directorial will hit theatres worldwide on July 26.