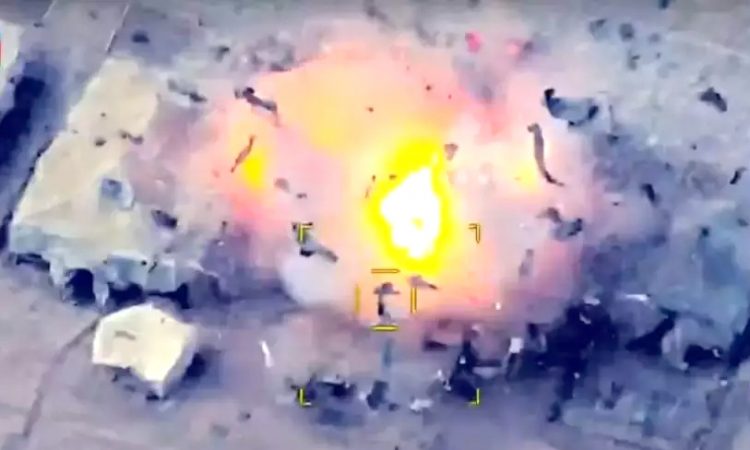 DIMAPUR, OCTOBER 4: National Students’ Union of India, Nagaland, on Sunday organized a candle light protest against the alleged Hathras rape-murder outside the Congress Bhavan, Dimapur, and in front of Congress Bhavan, Kohima.
Addressing the gathering on the occasion, NPCC President K Therie accused the BJP for creating an increasingly unsafe country for women and alleged that women are not safe in any of the BJP-ruled states particularly in Uttar Pradesh, and that since September 14, three girls have lost their lives.
He said that there is a BJP MLA who is asking the parents to teach their daughters how to behave to avoid rapes and there is a Union Minister who dismissed rapes as ‘not a big thing’ and attacked the UP Police and Government for their treatments towards the Gandhis.
He commented that the way Rahul, a national leader, was treated by the police and the way the male police clutched the clothes of Priyanka Gandhi show how senseless the Government of the day is in UP and asked people to show solidarity to the grieving family.
Chairman of NPCC Minority Department, Rajesh Kr Sethi, in his speech, asked those voters who would be casting their votes in the soon-to-be-held Bihar elections to remember when they go to vote the plight of the women and how the BJP made the migrants walk hundreds of miles during the lockdown despite having the resources.
Representatives of IHRC, Nagaland, NGO Helping Hands, and other organizations also spoke during the protest and demands were made for judicial probe instead of CBI probe, resignation of Yogi Adityanath and justice for the victim.
Kohima: The National Students’ Union of India (NSUI) along with the minorities of Nagaland organized a candle-light protest against the alleged Hathras rape-murder case and its ensuing developments in front of Congress Bhavan, near DC Complex, Kohima, on Sunday.
Secretary of Pradesh Congress Committee (PCC), Henmei Phom said that rape cases are occurring frequently in India and the justice that is promised in the Constitution of India rarely reaches the people who are affected by it. 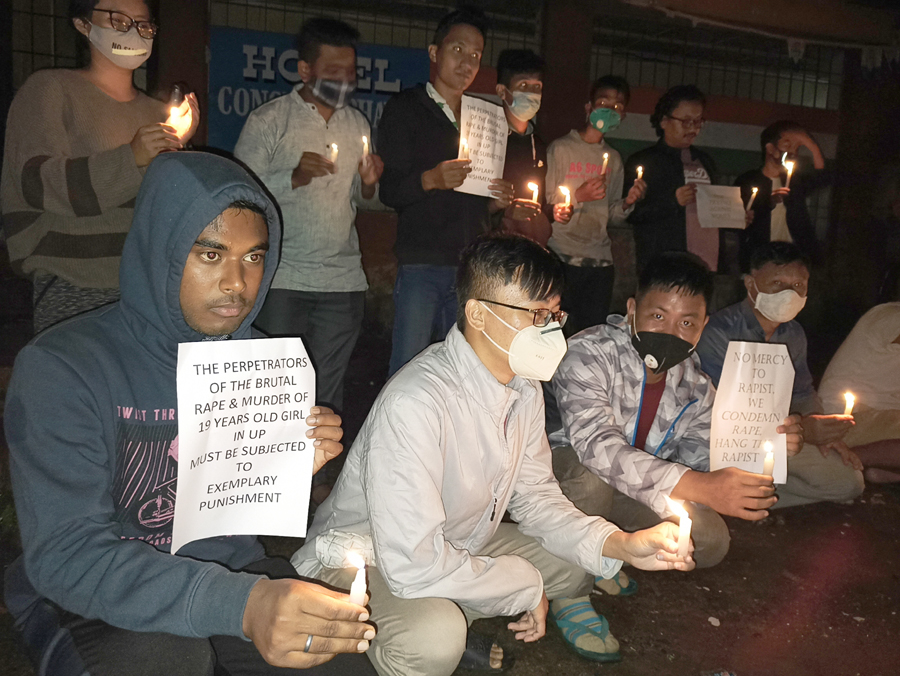 Phom also said that even though Congress was in power at the Centre during the 2012 Nirbhaya rape case, leaders like the then Prime Minister Manmohan Singh and Rahul Gandhi voiced against the wrongful deed.
Speaking against the forceful cremation of the alleged rape victim by the police, Phom likened the present Government at the Centre and the UP Government, led by Chief Minister Yogi Adityanath, to the dictatorial regime of the Nazis under the leadership of Adolf Hitler.
Phom also opined that the accused in the Hathras case should be given the same punishment that was awarded to the convicts of the 2012 Nirbhaya case.
“I hope that the few people who have assembled to light a candle for the deceased victim will be the spark that will ignite reformative changes in the Indian democracy,” Phom added.
As per the records available on National Crime Bureau Report from 2013-2019, the number of registered rape cases in India now stands at 2,38,081.
(Page News Service)