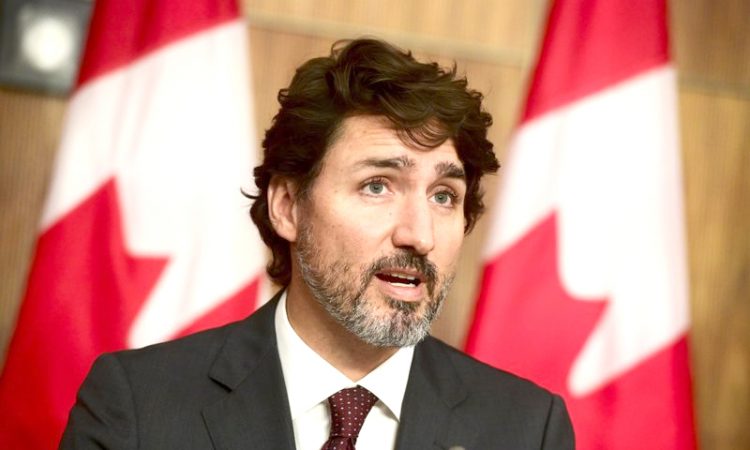 Ottawa, October 17: Canadian Prime Minister Justin Trudeau said Friday his government will not stop standing up for human rights in China.
On Thursday, the Chinese ambassador to Canada warned Ottawa against granting asylum to Hong Kong residents fleeing the situation. Cong Peiwu said if Canada cares about 300,000 Canadian citizens in Hong Kong — and Canadian companies doing business there — it should support efforts to fight what he called fight violent crime.
“We will stand up loudly and clearly for human rights,” Trudeau said. “Whether it’s talking about the situation faced by the Uighurs, whether it’s talking about the very concerning situation in Hong Kong, whether it’s calling out China for its coercive diplomacy.”
Trudeau said Canada stands with with allies around the world and the United States, to Australia, to Great Britain, to European nations to many nations around the world who share these concerns.
Canada’s opposition Conservative leader said the Chinese ambassador should apologize or be expelled from Canada.
“The Chinese ambassador has decided to engage in belligerent rhetoric unbecoming of his office,” Conservative leader Erin O’Toole said in a written statement.
“To be clear, this was a threat to the 300,000 Canadians in Hong Kong. And a barely veiled one at that. It was of the kind of tone and tenor one would expect from someone seeking protection money — not someone who is the official emissary of a member of the United Nations Security The government should also swiftly set up a “path” for political refugees to come to Canada from Hong Kong and impose sanctions on Chinese officials over the national security law, O’Toole added.
Protests against the Hong Kong and mainland Chinese governments swelled last year, and Beijing clamped down on expressions of antigovernment sentiment in the city with a new national security law that took effect June 30.
The law outlaws subversive, secessionist, and terrorist activity, as well as collusion with foreign powers to interfere in the city’s internal affairs. The U.S., Britain and Canada accuse China of infringing on the city’s freedoms.
Trudeau also said China is engaging in coercive diplomacy by imprisoning two Canadian men in retaliation for the arrest of a Chinese Huawei executive on an American extradition warrant. In December 2018, China imprisoned two Canadian men, Michael Kovrig and Michael Spavor, and charged them with undermining the country’s national security. (AP)