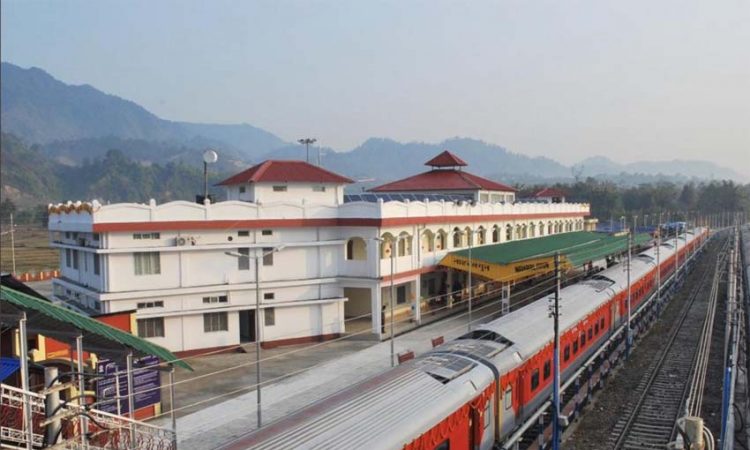 Speaking to the reporters, Tarak said that the railway services have been kept in halt due to COVID-19 outbreak in the country. However, once the entire process of COVID-19 vaccination is completed, we will appeal to the State government to resume the railway services, he added.
He pointed out that railway connectivity has been the top priority of the State government for better and easy transportation of the public. “The process of survey to connect various districts of the State through railway has been already imitated by the state government.
The surveys to connect Naharlagun and Gohpur, Assam via Itanagar, Murkong Selek, Jonai to Pasighat and some major lines from Bhalukpong to Tawang and Likhabali to Aalo is in route,” he said.
Tarak also informed the DRUCC will soon write to Chief Minister Pema Khandu for opening up the railways in the State for the greater interest of the public. He said that the entire area of the railway station is unfruitful without regular function.
“Immediate railway hotline from Naharlagun to Gohpur in Assam through Itanagar is a priority to connect railway to state capital, Itanagar,” he said, adding that, as of now no work is being executed on ground due to the ongoing COVID-19 pandemic.

He said Union Railway Minister Piyush Goyal has also earlier assured to connect the entire State for better communication to the other states as well for a growth in business. Tarak also said that the public amenities in the railway station will be upgraded as soon the railways beocme functional for the public. (Agencies)