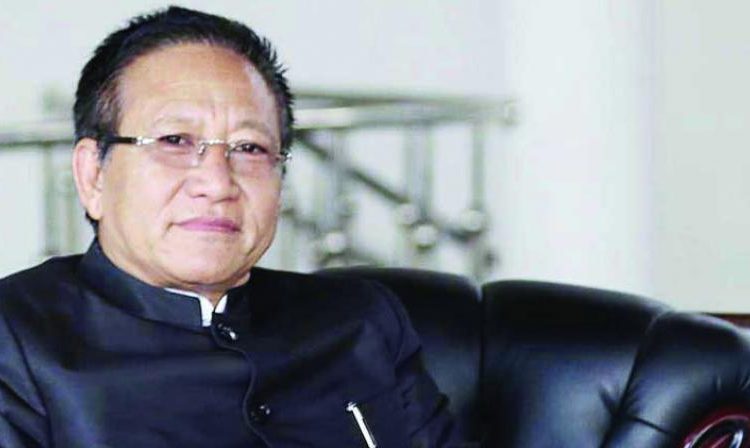 Dimapur, October 22: Opposition leader, TR Zeliang has questioned the indefinite postponement of the meeting of Joint Legislators Forum (JLF) on Naga political issue despite the continuing impasse in the Indo-Naga political talks over the issue of flag and constitution.
“Given the stand of the Government of India and the NSCN (IM) on the issue of flag and constitution, JLF needs to urgently facilitate in whatever way it can,” he said while requesting the Speaker of Nagaland Legislative Assembly to call a JLF meeting at the earliest so that necessary action may be initiated before it is too late.
In a letter to the NLA Speaker, Zeliang reminded that members of the JLF were informed of a proposed meeting of October 4 at Chumukedima which was postponed and thereafter no further notice has been served till date. “If the proposed meeting was postponed at the request of the Hon’ble Governor of Nagaland, why has the Speaker/Dy. Speaker not fix another date till today,” it questioned.
The opposition leader also termed as very unfortunate that the ruling bench has sidelined the opposition members on the Naga issue regardless of the unconditional support that the opposition has rendered towards the cause.
Zeliang also accused the State Chief Minister of according little or no regard to the Parliamentary Working Committee (PWC) constituted by JLF members, which he claimed has sent wrong signal to some Central leaders.
The PWC comprising of 32 members from both the benches was constituted with the sole purpose of apprising Central leaders for an early solution.
“If the Chief Minister had no hidden agenda while apprising Central leaders on the Indo-Naga political issue along with only few of his Cabinet Ministers, why did he not include the opposition members in the team, as in the past? Such an action of the Chief Minister is not in the right spirit of the JLF as the decisions taken in the JLF meetings are to be presented in letter and spirit to the Central leaders represented by both the ruling and opposition bench,” he added. (Page News Service)