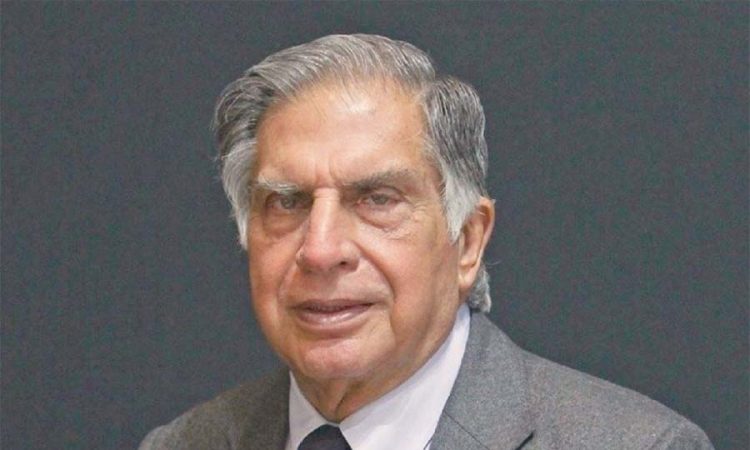 New Delhi, February 6: Stating that he considers himself fortunate to be an Indian and was happy to contribute to the growth and prosperity of the country, veteran industrialist Ratan Tata on Saturday requested people to refrain from demanding the Bharat Ratna for him.

The Chairman Emeritus of the over USD 100 billion conglomerate Tata group asked social media users to stop the campaign that asked the government to confer on him the highest civilian award of the country.
“While I appreciate the sentiments expressed by a section of the social media in terms of an award, I would humbly like to request that such campaigns be discontinued,” Tata said in a tweet.
He was reacting to various users on Twitter lauding him for his contributions, especially in inspiring the youth with #BharatRatnaForRatanTata trending.
“Instead, I consider myself fortunate to be an Indian and to try and contribute to India’s growth and prosperity,” he added.
One user, while asking others to join the campaign #BharatRatnaForRatanTata, said Tata has been inspiring young achievers, telling them that believing in one’s ability is essential to achieve success in life.
Another user described him as the “Real Hero of India” and said he “really deserves the Bharat Ratna Award”.
Responding to his tweet, users showered him praises further.
“And this is why you are always special to us sir,” one user responded to his tweet.
Another one reminded the contributions of the Tata group for the nation and said it would remain “unmatched and unparalleled”.
After retiring as Chairman of Tata Sons in 2012, Tata has been active in investing in personal capacity in startups and encouraging young entrepreneurs. (PTI)