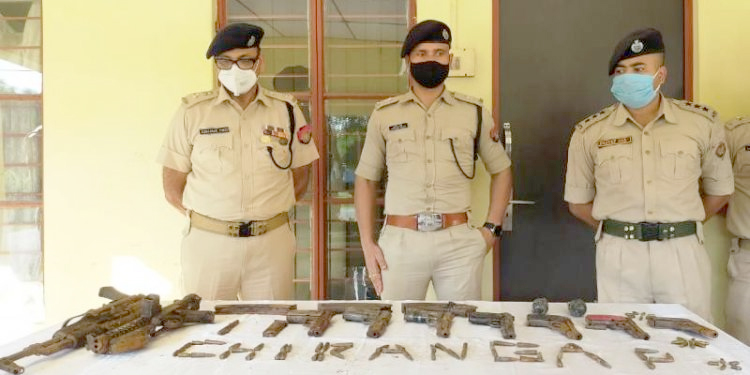 Kajalgaon (Assam), October 29: Two caches of arms and ammunition were recovered from Runikhata police station area in Assams Chirang district on Thursday, police said.
An AK-47 rifle with ammunition, 50 rounds of live 7.62 mm ammunition and a pen pistol were found from Ranipur locality, while a 9 mm carbine with a magazine, seven pistols with magazines, two Chinese hand grenades and 25 rounds of live ammunition were recovered from Amlaguri.
The police launched operations in these two places after receiving specific inputs about the arms dump.
Investigations are on to find out who had stored the arms and ammunition these places and why, police said. (PTI)