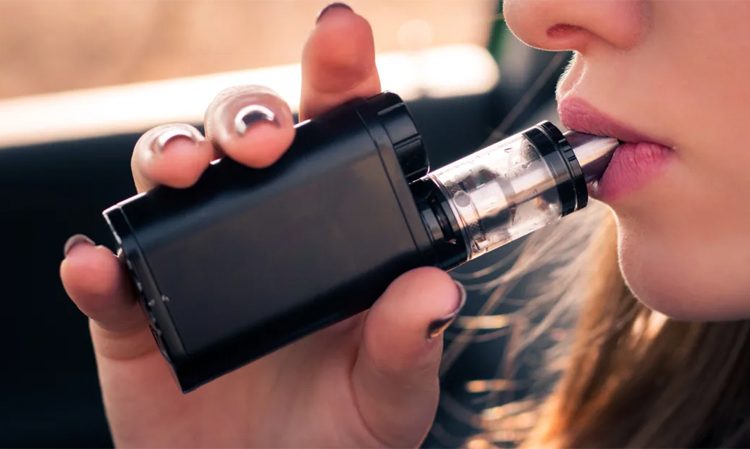 NEW DELHI, September 17: The Cabinet is likely to consider an ordinance seeking to ban production, import, distribution and sale of electronic cigarettes, and a jail term for violators, sources said on Tuesday.
The Prohibition of E-cigarettes Ordinance, 2019, was recently examined by a Group of Ministers (GoM) following directions from the Prime Minister’s Office.
“The GoM had suggested minor changes and these have been incorporated. The draft ordinance is like to be put up before the Cabinet tomorrow,” a source said.
In the draft ordinance, the Health Ministry has proposed a maximum imprisonment of up to one year along with a penalty of Rs. 1 lakh against first time violators.
The ministry has recommended a maximum of up to three years of jail and a penalty of Rs. 5 lakh for repeat offenders, the sources said.
Banning alternative smoking devices like e-cigarettes, heat-not-burn smoking devices, vape and e-nicotine flavoured hookahs was among the key priorities of the first 100 days agenda of the Narendra Modi government in its second term.
If the government brings an ordinance, it will have to replace it with a bill in the next session of Parliament. Once the Parliament approves the bill, the proposed ban on such products will get a legal backing.
Trade representatives promoting e-cigarettes and a consumer body have questioned the need for rushing through an ordinance to ban such devices in the country and have accused the Centre of trying to “bypass the judicial system” after the Delhi and Bombay high courts stayed the government’s move to ban vapes.
Those supporting e-cigarettes are arguing that they are less harmful than smoking tobacco while the government is seeking to ban them contending that they pose health risks similar to those caused by conventional cigarettes.
The Delhi High Court had stayed the Centre’s circular banning sale and manufacture of ENDS like e-cigarettes and e-hookah with nicotine flavour, saying as the products were not a “drug”, the authorities did not have the jurisdiction to issue such a direction.
The Indian Council of Medical Research (ICMR) has recommended a “complete ban” on ENDS, saying their use can initiate nicotine addiction among non-smokers also.
In a white paper, the top medical research body said e-cigarettes adversely affect the cardiovascular system, impairs respiratory immune cell function and airways in a way similar to cigarette smoking and is responsible for severe respiratory diseases.
The Central Drugs Standards Control Organisation in February had written to all state drug controllers, saying they should not allow sale, online sale, manufacture, distribution, trade, import or advertisement of ENDS. (PTI)