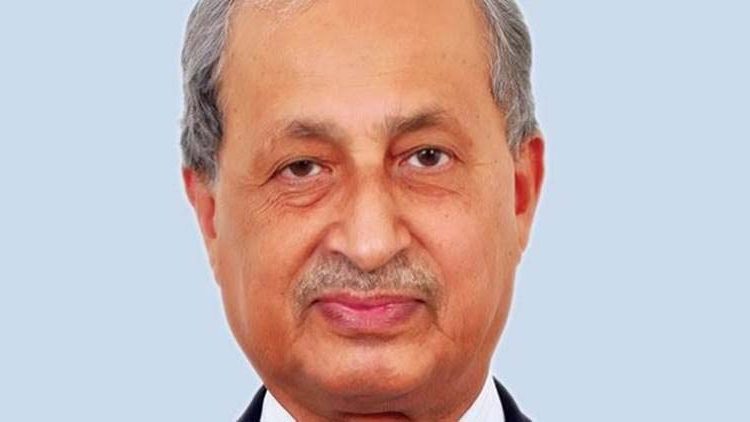 NEW DELHI, JANUARY 24: Former bureaucrat MP Bezbaruah, who recently backed out as head of a panel for implementing Clause 6 of the Assam Accord, has stressed that for its successful execution, the Centre “should” first find a solution to the citizenship bill.
After his appointment as Chairperson of the 9-member high-level committee by the Centre, he recently said it was untenable for him to continue after 4 others withdrew their consent in protest against the NDA Government’s push to pass the controversial citizenship bill in Parliament.
The Narendra Modi Government took the decision to implement Clause 6 of the Assam Accord on January 2.
Clause 6 of the Assam Accord, which was signed in 1985, envisages that appropriate constitutional, legislative and administrative safeguards shall be provided to protect, preserve and promote the cultural, social, linguistic identity and heritage of the Assamese people.
However, several people as well as political parties in Assam have termed the move implement the clause as “pointless” and a mere “political gimmick” due to the citizenship bill, which was passed in Lok Sabha on January 8 and has led to widespread protests in the entire Northeastern region, especially Assam.
The Citizenship (Amendment) Bill, 2016, provides for Indian citizenship to Hindus, Jains, Christians, Sikhs, Buddhists and Parsis who fled religious persecution in Bangladesh, Pakistan and Afghanistan after 6 years of residence in India instead of the current requirement of 12 years, even if they do not possess any document.
Bezbaruah said that according to public opinion in Assam, there is a contradiction between the Clause 6 of the Assam Accord and the citizenship bill. “Clause 6 is very vital part of the Assam Accord. The Prime Minister’s initiative on the Clause 6 is an important initiative, though it came rather late,” Bezbaruah told PTI.
“If the confidence of the Assamese society could be revived, if some solution on the citizenship bill issue could be found, it will be in the interest of Assam to pursue implementation of Clause 6,” he added.
Bezbaruah, who had presided over the implementation of the Assam Accord after 1985, said people had lot of expectations from the AGP-BJP Government when it came to power after the 2016 Assembly elections.
On January 7, the AGP dealt a blow to the BJP by pulling out of the coalition against the backdrop of the growing row over the controversial bill.
“After 35 years, things are much different. Perhaps the number of illegal immigrants has increased… Today the Government is headed by one who had spearheaded the Assam Agitation. So there is a lot of expectation,” Bezbaruah said.
The Assam Movement or Assam Agitation (1979-1985) was a popular movement against illegal immigrants led by the All Assam Students Union (AASU) and the All Assam Gana Sangram Parishad (AAGSP).
It developed a programme of protests and demonstration to compel the Union Government to identify and expel illegal, (mostly from Bangladesh), immigrants and protect and provide constitutional, legislative and administrative safeguards to the indigenous Assamese people.
The agitation ended with the signing of the Assam Accord in 1985 among the AASU, the Assam Government and the Centre.
The AGP was formed after the signing of the Accord and mostly consisted of volunteers from the AASU.
Asked how tense the situation was today as compared to 1985 when the Assam Accord was signed, Bezbaruah said, “All administrative arrangements were made to speed up detection and deportation – like strengthening the police force, etc.”
“The major hurdle was the IMDT Act which made detection process clumsy, time consuming and difficult. Many discussions took place on this issue but there was no final solution,” he added.
“In one discussion, Rajiv Gandhi had accepted that there cannot be 2 different laws for foreigners in the country. On the issue of border fencing there was much discussion, but not much progress. The matter was not within the competence of the state Government,” Bezbaruah said.(PTI)