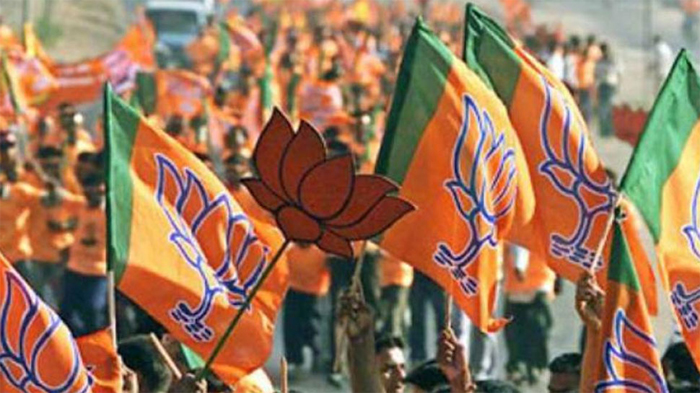 New Delhi, December 5: Twelve opposition parties, including the Congress, the TMC and the Left, held a meeting on Thursday and decided on an eight-point agenda to counter the BJP on the Citizenship (Amendment) Bill which is likely to be tabled in Parliament next week, sources said.
The meeting of senior Rajya Sabha members of opposition parties such as the Congress, Trinamool Congress, DMK, Aam Aadmi Party, Samajwadi Party, CPI and CPI(M), was held in Leader of Opposition in Rajya Sabha Ghulam Nabi Azad’s chamber.
The leaders met twice during the day to firm up the opposition strategy on the bill, they said.
The eight-point agenda, that the opposition parties will put before the people in the next five days, states that the bill is against everything the country’s founding fathers envisioned and it lays down multiple grounds for citizenship for one country, sources said.
“The bill uses the Sixth Schedule and Inner Line Permit to set different grounds for citizenship. Just four months ago the government talked about one nation, one tax, one election, one law,” a source said elaborating on the eight points the opposition parties agreed upon.
They also agreed that the bill is anti-tribal, the National Register of Citizens (NRC) and CAB are not separate but hyphenated, the NRC was botched up in Assam, the government should not distract from the “mess” the economy is in, and the entire opposition will get its MPs, MLAs, councillors to spread this narrative against the bill in their areas, sources said.
Congress sources said party chief Sonia Gandhi will discuss with senior party leaders and like-minded parties to give shape to the her party’s response to the bill.
Congress leader Rahul Gandhi on Thursday said the party will oppose the bill aimed at providing citizenship to non-Muslim refugees from Pakistan, Bangladesh, and Afghanistan.
“Congress party is against any form of discrimination against anybody in this country. So anybody who discriminates against anybody who is Indian, we are against them. That is our line. We believe that India belongs to everybody– all communities, all religions, all cultures,” Gandhi told reporters in Kozhikode.
TMC leader Derek O’Brien, who was present at the meeting, said NRC was a trap and so is CAB.
“This is not about Lok Sabha or Rajya Sabha numbers, but about preserving the very heart and soul of country and what our founding fathers stood for. Opposition parties have all agreed that over the next five days we will expose the complete falsehood of the BJP on CAB. Mamata Banerjee has rejected NRC in West Bengal and more states will follow,” O’Brien said.
“NRC and CAB are two sides of the same coin and the opposition is united against it,” said CPI’s D Raja, who was not present in the meeting, but two members of his party were there.
Notwithstanding stiff opposition, the contentious Citizenship (Amendment) Bill is likely to be introduced in Lok Sabha on December 9 and will be taken up for discussion and passage the next day.
The government on Thursday informed leaders of different parties at the Business Advisory Committee that it will put the bill for discussion in Lower House on Tuesday. (PTI)