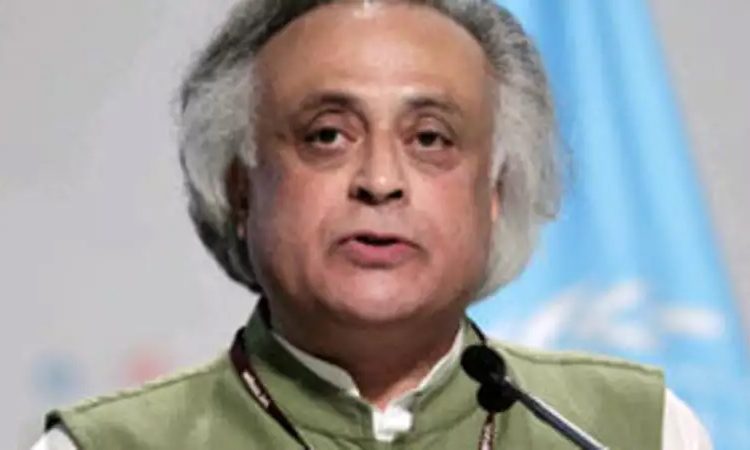 Agartala, November 5: Senior Congress leader Jairam Ramesh on Tuesday said the Citizenship Amendment Bill (CAB), if enacted, could be detrimental to the Northeastern region and the party would strongly oppose it.
Ramesh said the CAB contradicts the very spirit of the Constitutional provisions that there should not be any discrimination against any citizen on the ground of religion, race, caste, sex and place of birth.
“If the Citizenship Amendment Bill is passed, there will be adverse impact in the NE states. More so, the Northeast India has got destabilized after the BJP came to power,” claimed Ramesh, who is heading an AICC team set up to study the pulse of NE states on various contentious issues.
The BJP has majority in Lok Sabha and will try to get the CAB passed in Rajya Sabha, he said adding that the Congress is also working with like-minded parties on this.
Union Home Minister Amit Shah had said on October 1 that Parliament will pass the CAB which will grant citizenship to Hindus, Sikhs, Buddhists, Jains, Parsis and Christians from Afghanistan, Bangladesh and Pakistan after seven years of stay in the country even if they do not possess proper documents.
The indigenous people of the Northeastern states fear that entry of these people will endanger their identity and livelihood.
Addressing a press conference here, Ramesh also expressed strong reservation over the National Register of Citizens (NRC) in Assam saying it has created a huge humanitarian problem for the people.
Ramesh said it was told repeatedly that over one crore illegal migrants reside in Assam but now only 19 lakh people have been left out of the final list of the NRC.
“Those who have been left out have not received any order from the government about their fate. As per the guideline, those are left out will get 120 days to appeal to the competent authority after receiving the official letter.
Why this has not been done yet? It has created fear among the people,” he said.
The way NRC was carried out in Assam shows the BJP’s “ill-intention” to divide the society, the Congress leader alleged.
“If the government wants to do it, it has to carry it out with a good intention taking all stakeholders into confidence,” he stated.
Ramesh also condemned stoppage of free ration and cash-dole to Bru refugees living in relief camps in Tripura.
“It was very sad that six precious lives have been lost due to starvation when the Food Security Act is in force in the country,” he said.
The Mizoram Bru Displaced People’s Forum, an organisation of the Bru refugees, had claimed on Monday that six people including babies have died in relief camps since October 29 “because of starvation” after the Centre stopped the supply of ration and cash dole to the 35,000 odd refugees for October.
Tripura government officials, however, said four Bru inmates of the relief camps have died so far and medical teams have been sent there.
“The Centre should provide free ration to all Bru refugees immediately,” Ramesh added. (PTI)