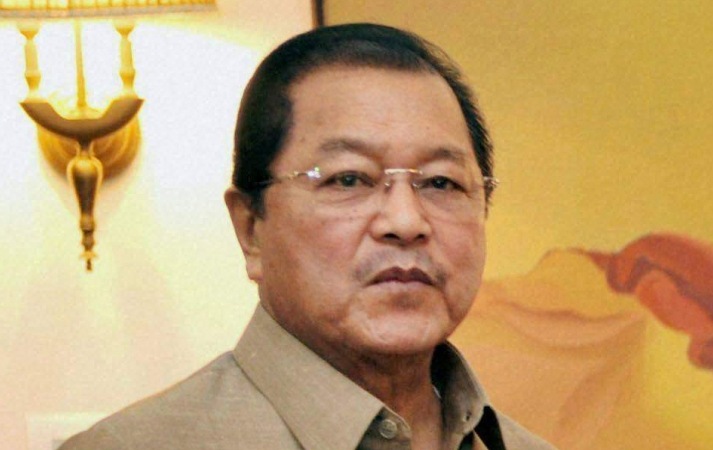 Aizawl, January 13: Seeking divine intervention for repeal of the contentious Citizenship (Amendment) Act, Mizoram Congress president Lal Thanhawla on Monday claimed that the legislation is more dangerous than the seven-headed beast mentioned in the Bible.
Thanhawla, the former chief minister, also claimed that the Centre may scrap the Inner Line Permit (ILP) system currently protecting the Christian majority state from the provisions of the CAA at any time, as it had done in the case of Article 370 in Jammu and Kashmir last year.
“The CAA is more dangerous than the number of the beast or 666 found in the Bible because it (the Act) deals not only with politics but religion and traditions of the people,” he said while addressing party workers at a programme here.
According to the Book of Revelation of the Bible, 666 is the number or name of a wild beast with seven heads and 10 horns that comes out of the sea. It is believed by many that the beast is a symbol of the political system.
Thanhawla urged the people to seek divine intervention through prayers so that the new citizenship law is scrapped and the Uniform Civil Code which the Centre is allegedly planning to introduce, does not come into effect.
The Congress leader claimed that the CAA is harmful as it seeks to grant citizenship to illegal immigrants on religious lines and will have an impact on the faith of the indigenous people of the state, though it is currently protected by the ILP.
The CAA is not applicable to the tribal areas of Assam, Meghalaya and Tripura and ILP regime states of Mizoram, Arunachal Pradesh, Nagaland and Manipur.
The ILP is an official travel document issued by the government to grant inward travel of an Indian citizen into a protected area for a limited period.
“There is nothing to believe completely about the exemption of the Inner Line Permit areas and scheduled areas of the Northeast including Mizoram from the purview of the CAA. The BJP-led NDA government can lift the ILP regime at any time,” he said.
The Congress leader mentioned that the Centre had scrapped Article 370 of the Constitution providing special powers to Jammu and Kashmir in August last year.
The CAA or the Uniform Civil Code “are nothing but the BJP’s agenda to establish a Hindu Rashtra,” he claimed. (PTI)