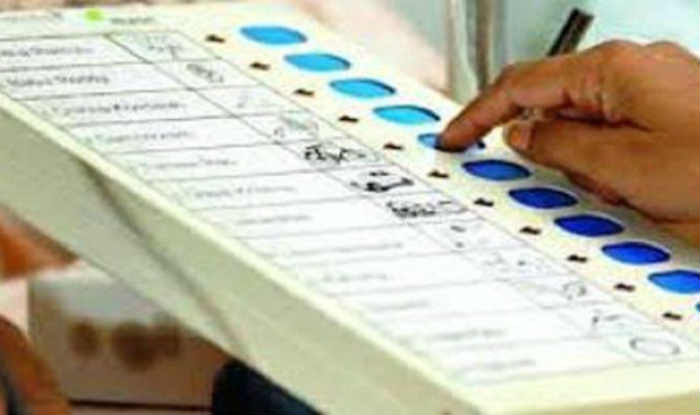 Kohima, September 29: By-elections to 2 assembly seats in Nagaland will be held on November 3, the Election Commission said today. The counting of votes will be held on November 10.
The two vacant seats are 14-Southern Angami-I (ST) and 60-Pungro-Kiphire (ST) assembly constituencies.
The Southern Angami-I seat went vacant following the demise of the then Speaker of Nagaland Assembly, Vikho-o Yhoshu on December 30, 2019 due to lung cancer.
The Pungro-Kiphire seat was declared vacant following the death of sitting opposition Naga People’s Front MLA, T. Torechu after prolonged illness.
Addressing a press conference at the CEO’s office here, Nagaland Additional Chief Election Officer, N Moa Aier saod the Model Code of Conduct has come into force with immediate effect in the districts of Kohima and Kiphire in which the whole or any part of the assembly constituency going for bye-election is included, subject to partial modification that, in case the constituency is comprised in State capital, then the MCC would be applicable in the area of concerned constituency only.
The model code of conduct shall be applicable to all candidates, political parties and the State Government. It will also be applicable to the Union Government also.
Aier said that the date of issue of gazette notification for the bye-election is October 9 while last of nomination is October 16.
Scrutiny of nominations would be done on October 17 while the last date of withdrawal of candidature is October 19, he said, adding that polling will be conducted on November 3 and counting of votes on November 10.
Southern Angami-I seat has a total of 13,541 electors, including 51 service voters, he said.
The polling station with the highest electorate in the constituency is Jakhama Upper with 986 electors, while Mitelephe has the lowest electorate at 155, he said.
The Pungro-Kiphire Assembly seat has a total of 29,346 electors including 99 service voters, he said.
Polling station with the highest electorate is Rest House Ward ‘A’ Kiphire town with 954 electors while Kiuro village has only 45 electors as the polling station with lowest electorates of the constituency, he said.
Asked if new registration of electorates would be permitted in the two constituencies, Aier said under special category with convincing evidence new electors can be added till the last date of filing nominations.
On deployment security in the polling stations, he said both Central Armed Police Force and State police would be used while the demarcation of the polling stations sensitivity would be done after coordination meetings with the political parties and security forces.
He also said that the ECI has issued broad guidelines to be followed strictly during the conduct of bye-election in order to stop the spread of COVID-19.
Proper PPEs for the polling officials and hand-sanitizers would be kept in the entry point of polling stations while electors will have to compulsorily wear face masks, which would be removed for identification inside the polling booth, he said, adding that every voter would be provided hand-gloves before casting their vote through the Electronic Voting Machines.
All necessary precautions would be adopted and SOPs followed as per the guidelines framed by the State Nodal Health Official for the bye-election in coordination with the respective District Nodal Health Official, said the Additional CEO.
(Page News Service)