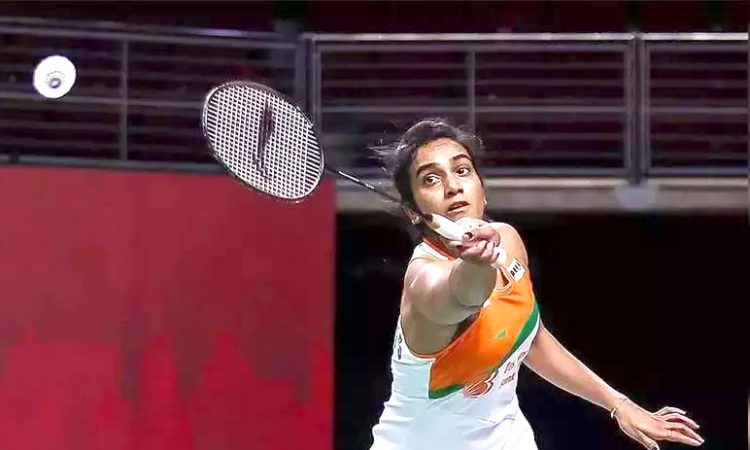 Bangkok, January 29: PV Sindhu defeated Pornpawee Chochuwong of Thailand 21-18, 21-15 in her last Group B match of the BWF World Tour Finals in Bangkok on Friday. Kidambi Srikanth failed to open his account as he lost another close match against Ng Ka Long Angus of Hong Kong 21-12, 18-21, 19-21.

The results of these two matches are inconsequential for the Indians as they were out of contention after suffering two defeats in three matches.
The victory, however, would give some respite for Sindhu as she struggled throughout the three-leg Asian tour in Bangkok.
In the first tournament, Sindhu was knocked out in the first round. Last week she defeated two lower-ranked players before losing to Ratchanok Intanon of Bangkok. In the Tour Finals, she lost to Tai Tzu Ying of Chinese Taipei and Ratchanok Intanon.
But Sindhu looked sharp on Friday as she dominated the Thai youngster. Pornpawee was in great form this week as she drubbed Tai and Ratchanok before losing to Sindhu.
The Indian started on an aggressive note in both the games. She played smash winners with effortless ease. In the first game, she gained an upper hand with a three-point burst from 15-16. Sindhu was even ruthless in the second as she opened with a 7-0 lead.
Sindhu said that this victory will help her to believe in herself. “Well, I think it was a good finish. Actually, until yesterday I still had a chance. Unfortunately, the match with Tai went the other way, so I didn’t have a chance. Otherwise, it was a good game. For any athlete, losing two games is going to be hard to come back stronger too, but I think it’s very important from these wins to come back stronger and believe in yourself,” Sindhu told BWF website.
She added that she did not do anything different in this match. “I just played my game after yesterday’s upset. Today is a new day and a fresh start. These three tournaments haven’t gone as I had expected and there’s been a lot to learn. After a long gap, I was very excited to be back on court, I think it’s been a good thing. Now I’ll go back home, be happy, take some rest and come back stronger,” she added. (TNN)