New Delhi, July 12: Answering critics of her maiden Budget, Finance Minister Nirmala Sitharaman Friday said every estimate in the Budget 2019-20 was “realistic” and that the focus on agriculture and investments lay foundation for nearly doubling size of the economy to USD 5 trillion in five years.
Replying to the debate on the Union Budget in Rajya Sabha, she said adequate provisions for expenditure particularly for defence, pension and salary and internal security have been provided for with necessary mobilisation of tax and non-tax resources.
She said the big picture presented in the Budget is backed with a plan to increase investment without compromising on the fiscal consolidation roadmap.
“It is not without a plan,” she said on increasing the size of the economy from USD 2.7 trillion to USD 5 trillion by 2024-25.
Besides focus on agriculture, the plan includes increasing investment coming by way of further liberalisation of FDI rules, lowering of corporate tax to 25 per cent to companies with turnover of upto Rs 400 crore, tax cut on electric vehicles, widening scope of voluntary pension scheme for retail traders and shopkeepers and giving push to infrastructure development with an investment of Rs 100 lakh crore over the next five years.
Pro-growth measures include reduction in import duty on some raw material and boosting ‘Make in India’, widening scope of cash support to farmers and constitution of a five-member Cabinet Committee on Investment and Growth under Prime Minister for taking comprehensive steps, she said.
Rebutting former finance minister P Chidambaram’s assertion of “unachievable” tax projections, she read out numbers to say income tax, excise and GST collection targets are achievable.
While excise collections will boost with Rs 2 per litre increase in tax on petrol and diesel and an amnesty scheme, GST collections will boost by over 14% on simplified return filing and tracking of evasion.
On his assertion that the Budget for 2019-20 did not have any “bold structural reforms” which should have come with the massive mandate the BJP got in recent elections, Sitharaman said the Goods and Services Tax (GST) introduced in July 2017 and Insolvency and Bankruptcy Code brought in 2016 were structural reforms.
She went on to list 16 reforms such as bank recapitalisation and direct benefit transfer (DBT) done in the first term of the Modi government.
To criticism of her Budget speech on July 5 not featuring allocations, she read out allocations made in schedules such as employment guarantee scheme, irrigation, rural roads, drinking water, health, education, crop insurance and mid-day meal scheme to say funds made available for 99 schemes having impact on common man have all gone up.
Sitharaman said inflation has not been allowed to raise it head and keeping it under tight control is “a powerful tool to gauge” achievement of the government.
The Budget has given a vision, she said. “It is a vision for 10 years with a mid-course target of USD 5 trillion economy we wish to reach.”
“Budget reflects firm commitment to boost investment in agriculture, and social sector particularly healthcare,” she said.
On the Economic Survey, prepared by the Chief Economic Adviser to the Finance Ministry, and the Budget 2019-20 giving different numbers, she said statistics in both documents are all authentic but used different base.
“Every estimate of projection given are realistic. Projection made in Budget are realistic and adequately provided,” she said.
Sitharaman said over the last five years, public sector banks have been recapitalised by Rs 3.19 lakh crore. “NPA problem has been comprehensively addressed by the government.”
On farmer support schemes, she said extending scope of cash support of Rs 6000 to every farmer, giving 50% margin of profit on cost of production and timely announcement of MSP increase will help double farmer income by 2022. (PTI) 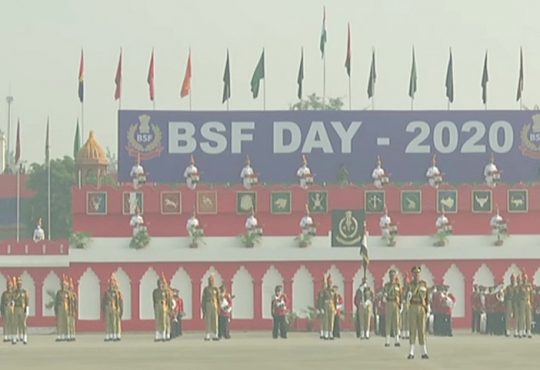 “He lost ability to do simple tasks”: Vaccine volunteer’s wife to NDTV