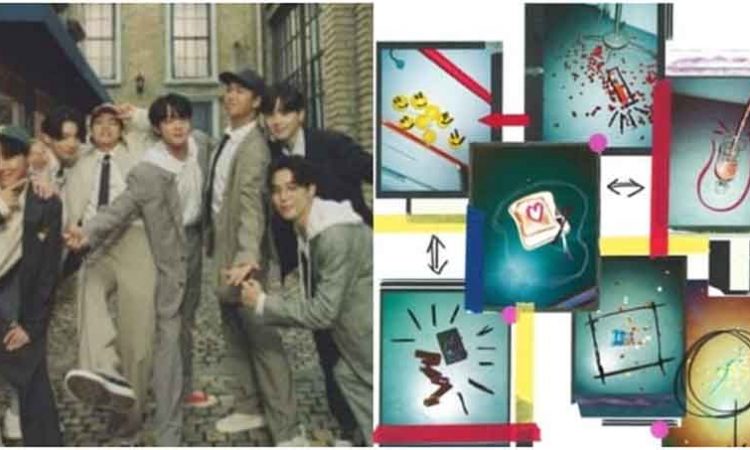 BTS has kick-started the build up to the release of their up coming track Butter. On May 1, the K-pop group released the teaser poster. It was shared on social media platforms with the caption, “#BTS #방탄소년단#BTS_Butter Concept Clip – Teaser Poster.”

The poster is a collage of 7 pictures. One of them features a toasted slice of bread, another features a drink. There is also a picture with a camera placed on the floor. The poster has left fans confused and hunting for clues.
While many fans confessed they are clueless about the poster, there were a few who tried to come up with theories. Fans noted that the pictures reminded them of previous BTS eras. “The first concept teaser photo reminds us of Run Era Kim Taehyung!” a fan account said, referring to BTS singer V. “If Butter is the sequel of Run. I’m manifesting for Yoonkook happy ending”, another fan added, referring to Suga and Jungkook. “Im gonna wait for theorist armys to break down the puzzle”, a third fan confessed.
Soompi reported that BTS has described Butter as an upbeat dance-pop track. The song will be the group’s 2nd English-language digital, following their record-breaking and Grammy-nominated single Dynamite. Big Hit Music issued a statement on Weverse teasing that the song is ‘brimming with the inimitable charm of BTS’.