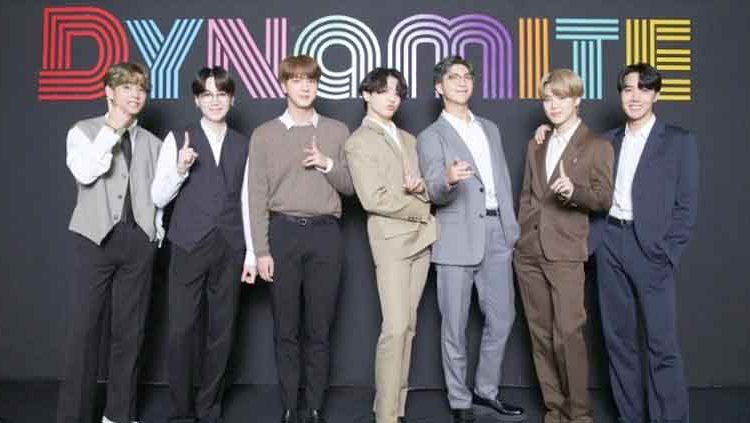 BTS’s track “Dynamite” is unstoppable. As if creating three records at the Guinness World Records wasn’t enough, the Grammy-nominated song has marked two new feats– staying at No 1 on Digital Song Sales Chart for most weeks and the only K-pop track to have spent maximum time on the US Hot 100.

Until 13 April 2020, the single held the record for the most weeks on the US Hot 100 by a K-pop track after spending 32 consecutive weeks in the top 100, according to the Guinness World Records. “Dynamite” was No1 for three weeks (5-12 September and 3 October 2020), as well as being in the top two for seven weeks and in the top 10 for 13 weeks.
“Dynamite” also spent 18 weeks at the top of Billboard’s Digital Song Sales Chart, breaking the record for the most weeks at No.1 on Billboard’s Digital Song Sales Chart. The earlier titles that “Dynamite” helped BTS earn at the Guinness World Records include the most viewed YouTube video in 24 hours as well as the most viewed YouTube music video in 24 hours and the most viewed YouTube music video in 24 hours by a K-pop group.
Thanks to “Dynamite”, the South Korean boy band made its Grammy debut at the 63rd edition of the coveted awards. The band was nominated in the best pop duo/group performance. The group lost to Ariana Grande and Lady Gaga for “Rain on Me”.

The BTS also performed at the Grammys, becoming one of the highlights of the ceremony. The group began its act with “Dynamite”, which was followed up by “Savage Love” and “Life Goes on”, which is a part of BTS’ latest album “BE” that released in November 2020. (Agencies)