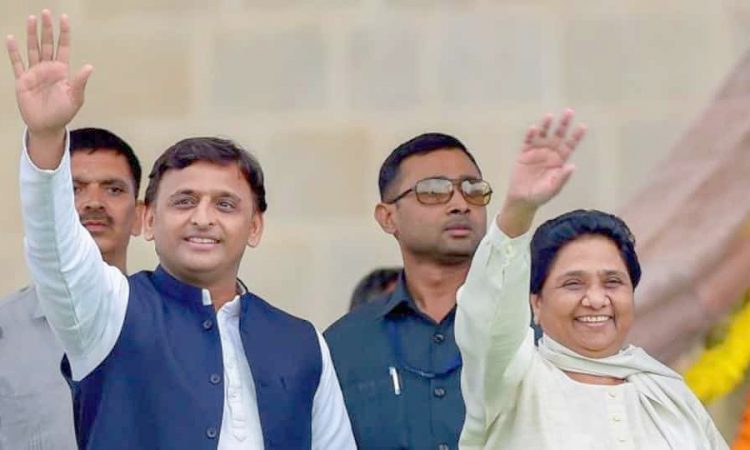 Lucknow, November 2: Bahujan Samaj Party president Mayawati asserted on Monday that her party would never enter into an alliance with the BJP in the assembly or the Lok Sabha elections, highlighting that the ideologies of the two parties were “opposite”.
Mayawati alleged that the Samajwadi Party and the Congress were misusing her recent statement so that the Muslim community distances itself from the BSP.
She had said last week that to ensure defeat of the SP candidates in future elections, including those of the legislative council and the Rajya Sabha, the BSP would vote for the Bharatiya Janata Party or any other party’s candidate.
“The alliance of the BJP with the BSP is not possible in any polls in the future. The BSP cannot contest with the communal party,” she said in a media briefing.
“Our ideology is of ‘sarvajan sarva dharma hitay’ (benefit of everyone and all religions)’ and is opposite to the BJP’s ideology,” she said. “The BSP cannot enter into an alliance with those having communal, casteist and capitalist ideology.”
Mayawati said she would rather take ‘sanyas’ (retirement) from politics than ally with such parties. “I will fight on all fronts with the communal, casteist and capitalist forces and not going to bow before anyone,” she added.
The BSP leader reiterated that her party would ensure the defeat of the SP’s second candidate in future legislative council polls.
“Our party will support the candidate of any party, including the BJP, which is strong to defeat the second candidate of the SP,” she said. “I stand by my earlier statement, which is misused by the SP and the Congress for political gains so that Muslim community distances itself from the party.” (PTI)