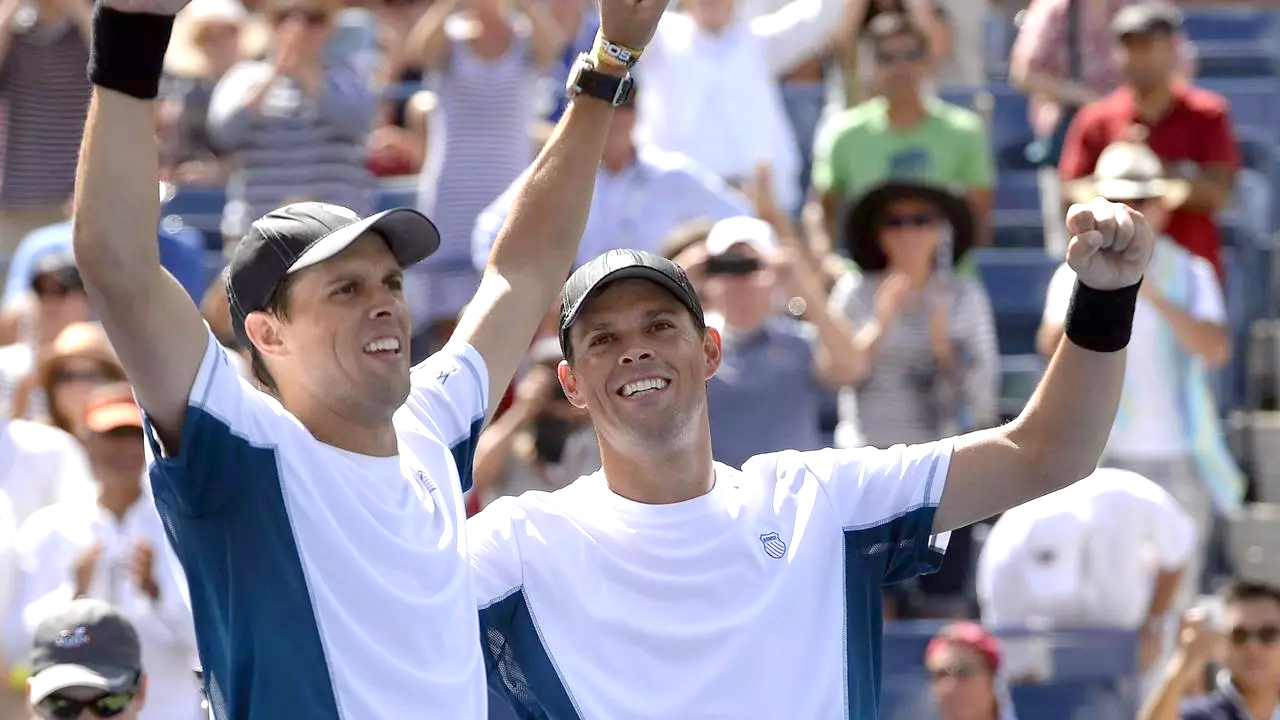 PARIS, August 27: US men’s doubles duo Bob and Mike Bryan announced the end of their legendary record-shattering tennis career on Thursday, just days before
the US Open where they made their Grand Slam debut in 1995.
“Our loyalty toward each other never wavered and we are leaving professional tennis with zero regrets,” announced Bob, who with his twin
brother Mike captured an Open era team record 119 trophies.
That haul included all four Grand Slams, all nine ATP Masters 1000s and Olympic gold at London 2012.
The brothers hold the all-time team record of 16 major titles from 30 grand slam finals.
“We’ll miss the competition and camaraderie amongst the players. We’ll also miss the excitement of gearing up for a big match and playing for the roar of the fans,” Bob added.
Mike Bryan said they had felt now was “the right time to walk away”.
“We’ve given over 20 years to the Tour, and we are now looking forward to the next chapter of our lives,” he said.
“We feel very blessed to have been able to play the game of doubles for so long. We are grateful to have had the opportunities in the beginning of the
year to play and say our goodbyes to the fans.
“Winning our final event in Delray Beach and clinching the Davis Cup tie in Honolulu are moments we’ll forever remember and cherish.”
At their peak, the Bryans were a formidable doubles duo, rising to No.1 in the rankings for the first time in 2003.
They spent a total of 438 weeks at the top of the rankings and ended 10 seasons as the No. 1 team.
ATP chairman Andrea Gaudenzi commented: “It’s difficult to put into words what they have brought to the game, not only on the court but also off it.
“Hugely popular wherever they have played across the globe, they’ve been exemplary role models and done more for the promotion of doubles than
anyone could have imagined.” (AFP)