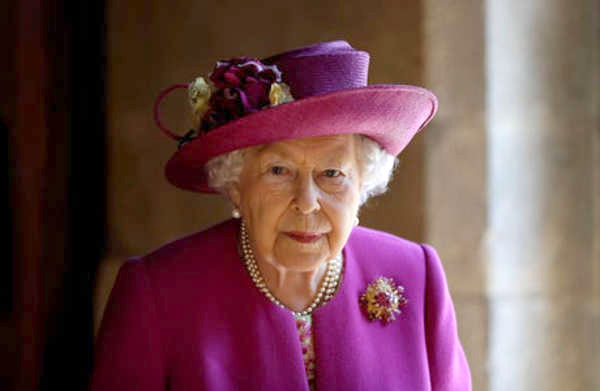 London, April 21: Britain’s Queen Elizabeth II thanked people around the world for their messages of support and kindness as she marked a low-key 95th birthday on Wednesday, days after husband Prince Philip’s funeral on Saturday.

The monarch reflected on the great sadness she and the royal family has been coping with and said that the tributes paid to her late husband from across the UK and Commonwealth were a comfort to the entire family.
“I have, on the occasion of my 95th birthday today, received many messages of good wishes, which I very much appreciate, said the Queen, in a message released by the official Buckingham Palace social media account.
While as a family we are in a period of great sadness, it has been a comfort to us all to see and to hear the tributes paid to my husband, from those within the United Kingdom, the Commonwealth and around the world, she said.
My family and I would like to thank you for all the support and kindness shown to us in recent days. We have been deeply touched, and continue to be reminded that Philip had such an extraordinary impact on countless people throughout his life,” she added.
While the national mourning period in memory of the Duke of Edinburgh officially concluded on Sunday, the monarch remains in mourning until Friday and there is unlikely to be any of the usual birthday markers such as the release of an official photograph by Buckingham Palace.
The Queen is expected to spend the day privately at Windsor Castle, where she will be joined by some close members of the royal family.
I would like to send my warm wishes to Her Majesty The Queen on her 95th birthday, UK Prime Minister Boris Johnson said in a Twitter statement.
I have always had the highest admiration for Her Majesty and her service to this country and the Commonwealth. I am proud to serve as her Prime Minister, he said.
Prince Philip, the longest-serving consort to a British monarch, died on April 9, just under two months away from his 100th birthday, which was due to be the focus of royal celebrations this year with the Queen’s 95th already set to be a lower-key affair.
The coronavirus pandemic situation meant that the annual Trooping the Colour ceremony to celebrate the Queen’s official birthday in early June had also been called off by Buckingham Palace back in March.
Thousands of well-wishers usually fill central London to watch the Queen and members of the royal family for the event, which stems from the traditional preparations for battle, when colours (or flags) were carried (“trooped”) down the rank to be seen and recognised by the soldiers.
The full ceremony traditionally takes place at Horse Guards Parade in London and involves more than 1,400 soldiers and 200 horses. The event attracts thousands of spectators largely friends and family of the soldiers taking part in the military spectacle.
The royal family gathers on the Buckingham Palace balcony to acknowledge the crowds in The Mall leading up to the palace. However, the event has now been cancelled for the second year running and the palace said that options for a smaller parade in the quadrangle at Windsor Castle are being considered instead, like last year.
The Queen’s close family are thought to be with her at Windsor along with around 20 staff, dubbed HMS Bubble alluding to the lockdown. The monarch has spent the bulk of the lockdown since last year at her Berkshire castle, along with Prince Philip who passed away peacefully in his apartment.

The Queen became the world’s oldest monarch in 2015 and will be marking the platinum jubilee of her 70-year reign in June 2022. (PTI)