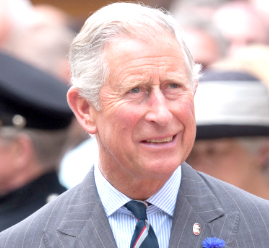 London, September 27: Britain’s Prince Charles on Sunday issued an urgent plea in favour of the youth, who he fears are being severely impacted by the coronavirus pandemic.
In an article for The Sunday Telegraph’, the 71-year-old heir to the British throne, warned that at least 1 million young people could be in urgent need of help as he reflected upon the work of his Prince’s Trust charity in this area over nearly 45 years.
Over all these years since the Trust was launched, there has never been an easy time. However, there has never been a time as uniquely challenging as the present, when the pandemic has left perhaps another million young people needing urgent help to protect their futures, writes the royal.
The task ahead is unquestionably vast, but it is not insurmountable, he said.
He compared the current crisis to “other times when hope was scarce” citing the concerns over youth unemployment in the 1970s that prompted him to set up the Prince’s Trust to help people aged between 11 and 30 seek employment opportunities and life skills.
Research from the Trust has shown 55 per cent of people aged 16 to 25 are more worried about being unemployed than they were a year ago.
This year, we celebrate the fact that over the last nearly 45 years, we have helped a million young people to change their lives for the better,” he said.
My Trust has a proven record of helping young people into jobs and training, keeping them motivated, confident and skilled during periods of unemployment. Working with employers, supporters and communities, my Trust will continue to give young people the lifeline they need, he writes.
The Prince of Wales, who had to go into self-isolation in March after testing positive for coronavirus, tries to strike a note of optimism in his message as he reflects on the Young People Relief Fund set up by the Trust to provide extra support to young people affected by the impact of the virus.
As we face the task before us, our experience ever since those days of the 1970s shows us that we have a model that works, that we have the skills and knowledge and organisation to make a crucial difference, and that we have the help of so many generous supporters who make it all possible, he notes.
Most of all, we know that each of the young people we seek to help has the potential to achieve great things, just like those who have gone before have proved, a million times over, he concludes. (PTI)