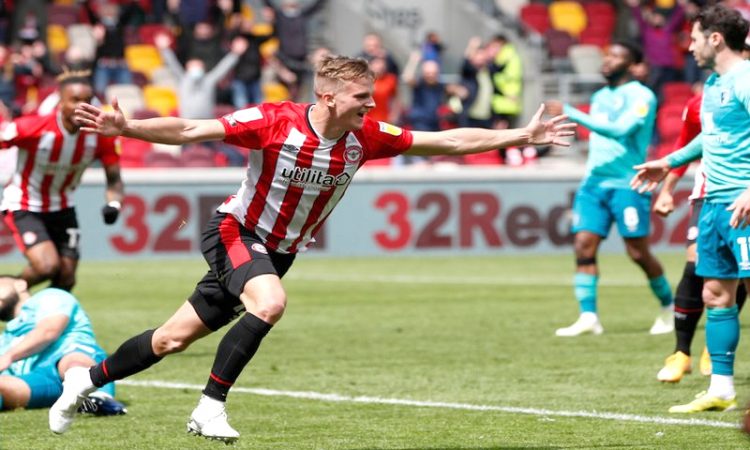 LONDON, May 22: Brentford fought back from a goal down to beat 10-man Bournemouth 3-1 in their Championship playoff semi-final second leg on Saturday and return to the final at Wembley for the second year in a row.

Brentford, who lost the first leg 1-0, conceded an early goal before taking advantage when Bournemouth’s Chris Mepham was sent off in the first half to go through 3-2 on aggregate.
Bournemouth took an early lead when Cameron Carter-Vickers cleared a Brentford corner, allowing Arnaut Danjuma to race away from inside his own half virtually unchallenged to slip the ball past goalkeeper David Martin.
The lead was short-lived, however, after Lloyd Kelly conceded a penalty when the ball struck his arm while trying to block a cross and the Championship’s leading scorer Ivan Toney beat Asmir Begovic from the spot for his 32nd goal of the season.
Bournemouth were reduced to 10 men when Mepham, a former Brentford player, was shown a straight red card for hauling down Bryan Mbeumo. The Brentford forward was through on goal after capitalising on Mepham’s error to pinch the ball from the defender.
Brentford’s Vitaly Janelt levelled the aggregate score five minutes after the restart with a bizarre goal from the edge of the box as he tried to half tackle, half shoot, giving a diving Begovic no chance to make the save.
Brentford took the lead for the first time in the tie in the 81st minute when Emiliano Marcondes sent in a low cross and substitute Marcus Forss stuck his leg out to divert the ball into the net from point-blank range.

Swansea City lead Barnsley 1-0 from the first leg in the other semi-final, with the second leg later on Saturday. (Reuters)