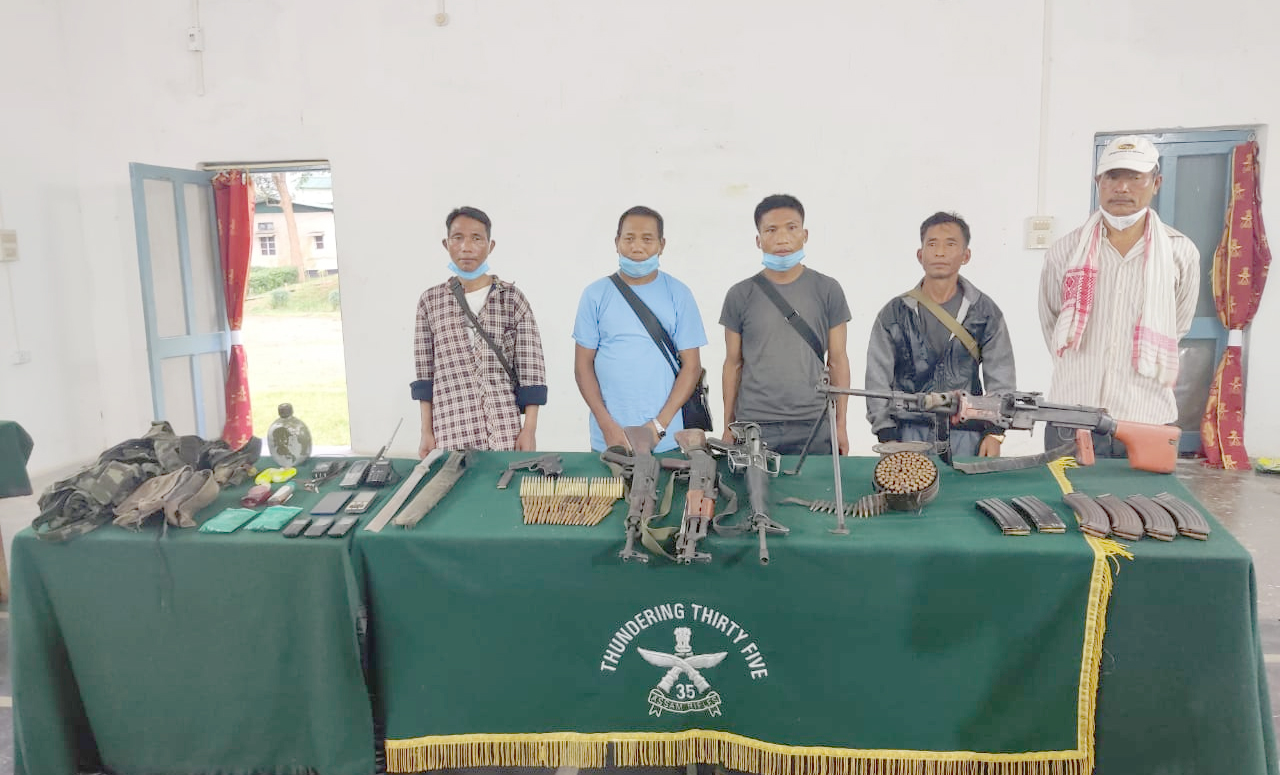 Kohima, September 22: The chairman of the newly formed Nyemlang Konyak faction of NSCN(K) along with four of his functionaries have joined the NSCN(Reformation).
Nyemlang Konyak had broken away on July 28 last from Myanmar based NSCN-K(YA) and formed the new outfit while on September 15 he had also expressed his willingness to join the NSCN(R).
Sources said that following his desire to join Reformation group, which is part of the Working Committee of NNPGs holding dialogue with Government of India, the Ministry of Home Affairs had reportedly given clearance for safe passage to Konyak and his functionaries to come across the border and join NSCN(R).
Meanwhile, sources also clarified that the social media updates showing picture of Konyak and his functionaries reportedly surrendered before the security forces with arms and ammunition in Mon district is totally false.
However, official communication on Nyemlang Konyak joining NSCN(R) was yet to be received at the time of filing this report while there was also no official clarification on the photo bearing the 35 Assam Rifles tag. (Page News Service)