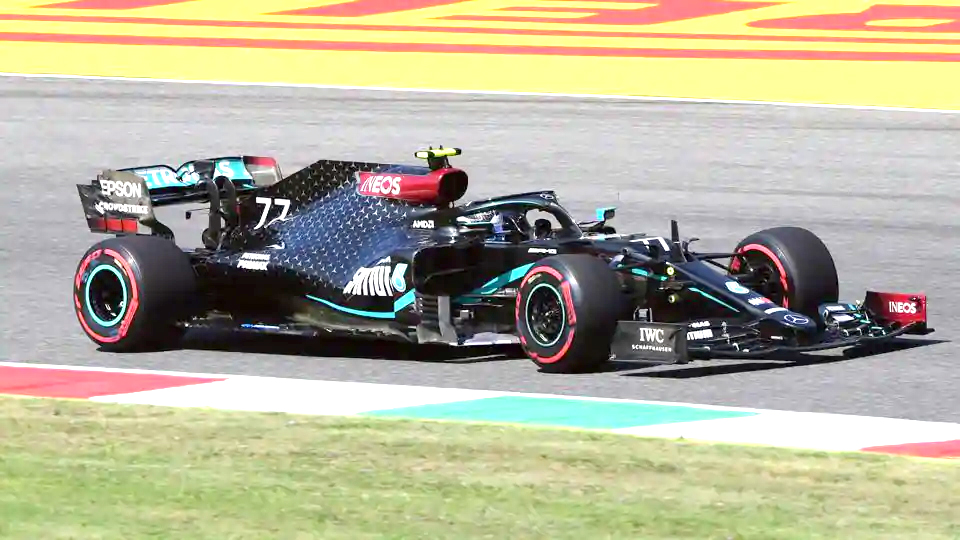 MUGELLO (Italy), September 11: Mercedes driver Valtteri Bottas posted the fastest time in first practice for the Tuscan Grand Prix on Friday.
Bottas was .048 quicker than Red Bull’s Max Verstappen in warm and sunny conditions.
Fans were present for the first time at the ninth Formula One race this season amid the coronavirus pandemic. The 3,000 spectators were split into three stands.
Charles Leclerc was third for Ferrari, which is celebrating its 1,000th F1 race. Championship leader Lewis Hamilton was only fourth and .53 seconds slower than teammate Bottas.
Pierre Gasly, who won his first race last weekend at the Italian GP in Monza, was fifth.
Haas driver Romain Grosjean almost crashed into the back of Sergio Perez’s Racing Point car and had to swerve suddenly to the left.
Second practice takes place later Friday.
Mugello’s 5.2-kilometer (3.2-mile) Autodromo Internazional usually holds Moto GP races and is hosting an F1 race for the first time.
The track is owned by Ferrari and is noted for its succession of fast corners. Leclerc and his teammate Sebastian Vettel did some testing there in June. (AP)