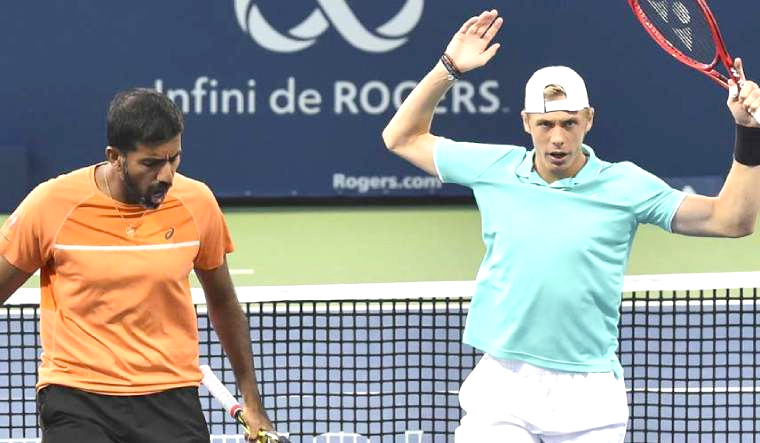 New York, September 6: India veteran Rohan Bopanna and his Canadian partner Denis Shapovalov stunned sixth seeds Kevin Krawietz and Andreas Mies in a hard-fought three-setter to advance to the quarterfinals of the US Open men’s doubles event.
The unseeded Indo-Canadian pair on Saturday overcame a set deficit to beat the German duo 4-6 6-4 6-3 in a second-round encounter that lasted one hour and 47 minutes. Bopanna and Shapovalov will take on Dutch-Romanian combination of Jeal-Julien Rojer and Horia Tecau in the quarterfinals.
Bopanna is the lone surviving Indian in the tournament after the exit of Sumit Nagal and Divij Sharan.
While Sumit Nagal bowed out in the second round after losing in straight sets to World No. 3 and second seed Dominic Thiem of Austria, Sharan and his Serbian partner Nikola Cacic were knocked out in the opening round of the men’s doubles event by eighth seeds Nikola Mektic and Wesley Koolhof. (PTI)