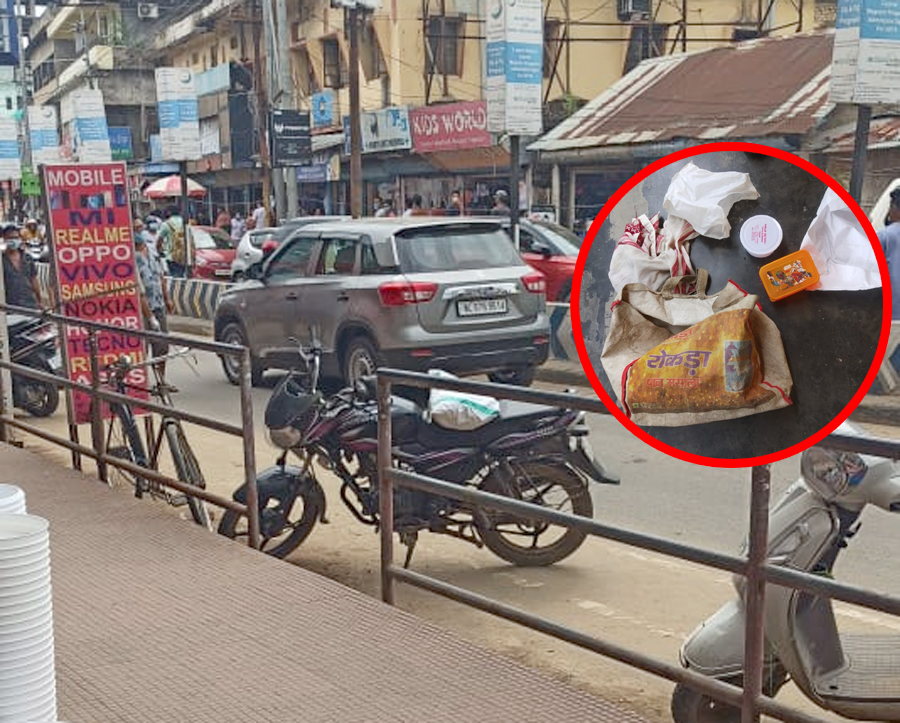 Dimapur, September 12: An unclaimed plastic bag kept on a bike on the roadside at Nyamo Lotha Road created panic among the general public as they felt that the unattended bag might contain some explosives.

Soon after the detection of the unclaimed object, police reached the spot and cordoned off the area and the Bomb Squad was put into work to detect if it contains any explosive substance. However, after being convinced that no explosive was present, they opened the bag and found edible items.

“The bomb squad after investigating it found it to be some items of daily use. We need to remain alert”, Naieem Mustafa said and added people should not leave their belongings here and there. (Page News Service)