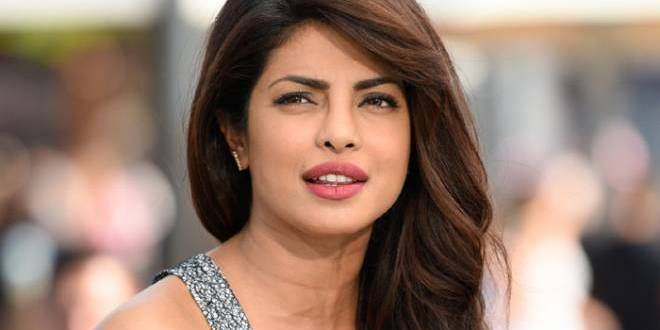 A long, dark night has ended for America, say several Bollywood stars, including Priyanka Chopra Jonas, Richa Chadha, filmmakers Anubhav Sinha and Hansal Mehta who hailed the US election results after Joe Biden and Kamala Harris were elected President and Vice President of the US, respectively.
Biden triumphed over the incumbent US President Donald Trump on Saturday in a divisive, bitter and closely-fought presidential election.
The 77-year-old Democrat, who became the oldest man ever to be elected to the White House, will be the 46th president of the United States, after securing a major victory in Pennsylvania, the state where he was born put him over the 270 electoral votes needed to win.
Chopra Jonas, who currently lives in Los Angeles with singer-husband Nick Jonas, said the election accurately mirrored the essence of a functioning democracy.
“America spoke in record breaking numbers and the verdict is in… Every vote counts. I applaud everyone who voted in what was such a powerful display of how a democracy should function. It was amazing to witness this election in the US,” the actor wrote on Instagram.
Senator Harris, 56, who is of Indian origin, became the first ever woman vice president-elect of the United States. She would also be the country’s first Indian-origin, first Black and first African American vice president of the country.
Chopra Jonas hailed Harris’ victory as a testimony that dreams do come true.
“Congrats to the President Elect @joebiden and Vice President elect @kamalaharris, the first woman VP! Dream Big girls! Anything can happen!! #DemocracyRocks. Congratulations America,” she added.
Sinha said Biden’s win can have a ripple effect across the world and hoped it spreads “love”.
“America ‘You can breathe’ now. Let everyone breathe. Congratulations America!!! Go spread love and change people. You have a lot of people to change,” he tweeted.
Chadha said the US election results were the only glimmer of hope for 2020, a year marred by the coronavirus pandemic.
“Biden, Harris and a small dollop of hope! 2020 ends better than it started,” the “Fukrey” star wrote.
Mehta recalled filming his Kangana Ranaut starrer “Simran” when Trump was elected as president and said he could feel a “pall of gloom on set, some cried, some were just silent”.
“I remember those faces and can imagine the smiles on them tonight. A long, dark night has ended,” the “Scam 1992” director said.
Actor Nimrat Kaur said the election result was a victory of the might of a common man.
“Congratulations on a new dawn… and the might of the common man who willed it. #PresidentBiden,” she said.
Ritesh Batra, Kaur’s “The Lunchbox” director, called it a “Happy @JoeBiden and @KamalaHarris Day.”
Invoking Aamir Khan’s 1992 hit sports drama “Jo Jeeta Wohi Sikandar”, actor Riteish Deshmukh wrote, “‘Joe’ ajeeta Wohi Sikandar #USAelection2020.”
Actor Ali Fazal shared a picture of Biden and Harris celebrating post their win and wrote this was a “truly amazing” day for America.
“This feels like the people’s victory. You can tell. #FireTrump #BidenHarris2020,” the “Mirzapur” star said.
Actor Aahana Kumra said Biden and Harris have created history with their win, which is also “the victory of democracy”.
“And out goes ‘democrazy!’ Well done America,” she added.
Biden and Harris would be sworn in as the President and Vice President of the US on January 20, 2021. (PTI)