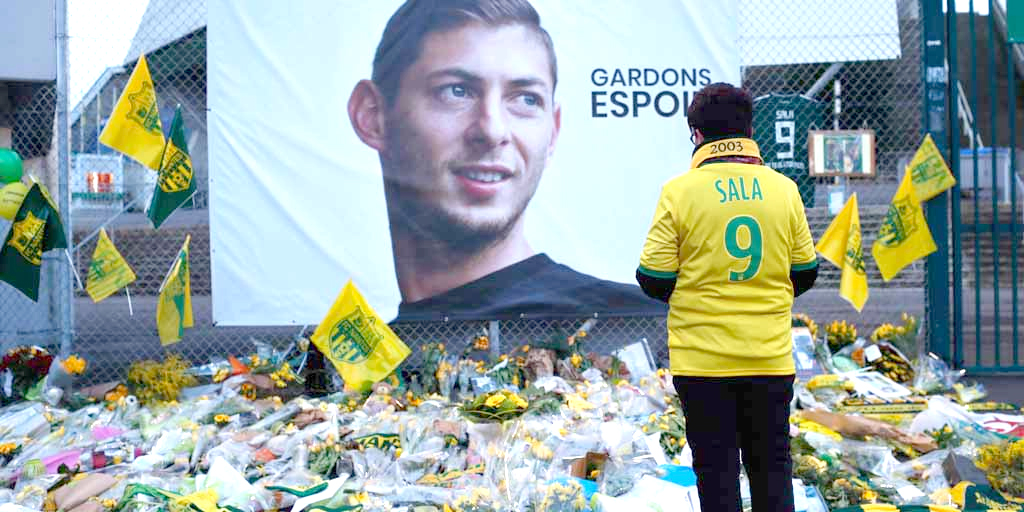 LONDON, February 4: British investigators said on Monday they had spotted a body in the wreckage of a plane that disappeared in the Channel two weeks ago carrying Argentine footballer Emiliano Sala and his pilot.
Sala, 28, was flying from France to join his new club, Premier League side Cardiff City, when the light aircraft disappeared on January 21 north of the island of Guernsey.
A wreck was found on the seabed on Sunday and closer inspection by a remotely operated vehicle (ROV) confirmed both that it was the missing plane, and that a body was inside.
“Tragically, in video footage from the ROV, one occupant is visible amidst the wreckage,” the British government’s Air Accident Investigation Branch (AAIB) said in a statement.
“The AAIB is now considering the next steps, in consultation with the families of the pilot and passenger, and the police.”
The AAIB also released a grainy image showing a part of the fuselage with the aircraft registration. The depth indicated on the image was 67.7 metres (222 feet).
Sala’s father Horacio earlier spoke of his shock that the plane had been found, after a private search organised by the family.
“I can’t believe it. It’s a bad dream,” he told Cronica TV from his home in Progreso, Argentina, before the news about the body was announced.
Sala was flying to Cardiff after transferring from French team Nantes in a 17 million euro ($19.3 million) move — a record deal for the Welsh team. (AFP)