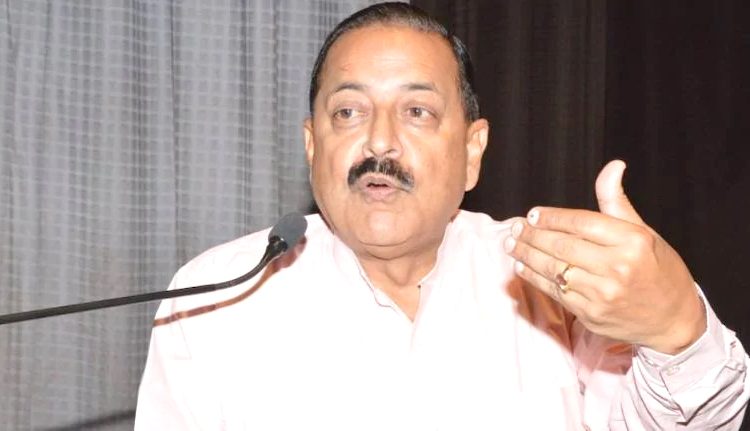 Serchhip (Mizoram), April 13: Union Minister Jitendra Singh on Tuesday said the BJP will ensure all-round development of Mizoram and bring more employment opportunities for the youth of the state.

Addressing an election meeting in support of the party’s candidate in an Assembly bypoll here, Singh alleged the entire region of northeast, particularly the state of Mizoram, had been neglected by the successive Congress governments at the Centre because it did not fit into their vote bank politics.
“Even though the state of Mizoram has a population of just 10 lakh and only one Member of Parliament is sent to the Lok Sabha, it was the instruction of Prime Minister Narendra Modi to make up for the injustice of the past and to put the state on fast-track development at par with other developed states,” said Singh, the Minister of State in the Prime Minister’s Office.
He said it was not a minor matter that the Indian subcontinent’s first-ever specialised citrus food park and a centre of excellence was set up in the small hill-state of Mizoram with Israeli collaboration.
Singh, who is also the Minister of State for the Development of North Eastern Region (DonER), said the Modi-led BJP government preferred Mizoram for such a mega project without any vote bank considerations.
“BJP will ensure all-round development of Mizoram and bring more employment for youths of the state, he told PTI.
Appealing for votes in support of BJP candidate Lahriatrenga Chhangte, Singh said the by-election in Serchhip was necessitated by the ruling party, which misused its authority and got the sitting MLA disqualified through manipulation.
He said a vote in support of the BJP will also be a vote in support of restoration of democracy and a befitting rejoinder to misuse of power by the ruling party.
Political analysts said the bypoll to Serchhip seat on April 17 is expected to witness a triangular fight between the ruling Mizo National Front (MNF), main opposition Zoram People’s Movement (ZPM) and the Congress.
It would be a litmus test for ZPM nominee Lalduhoma (71), the incumbent MLA whose disqualification under the anti-defection law in November last year necessitated the bypoll, as he will lock horns with MNF’s vice-president Vanlalzawma (65) and Congress general secretary P C Laltlansanga (48), they said.

The BJP, which has one legislator in the 40-member Assembly, has fielded Chhangte (56), a retired mining engineer and former party spokesperson who belongs to Serchhip town.
Singh said even though the government in Mizoram is headed by another political party, the central government headed by Prime Minister Narendra Modi has always been at the forefront in supporting the state. (PTI)