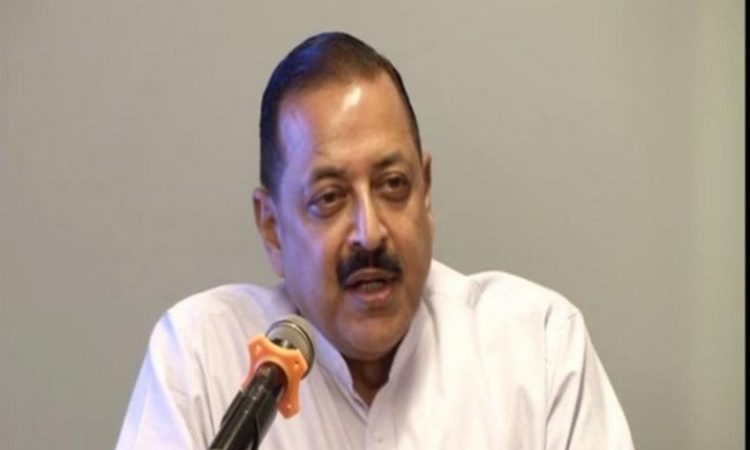 Guwahati, May 10: The BJP entered the Assam assembly elections with pro-incumbency and came back to power with a full mandate, Union minister Jitendra Singh on Monday.

Singh, along with BJP National President J P Nadda and other leaders, were here to attend the swearing-in ceremony of Himanta Biswa Sarma as the new chief minister of Assam.
Singh said Monday’s ceremony marked a glorious entry of the BJP-led government in the state into its second term.
The occasion deserves special celebration also because of the fact that whenever a political party is in power for one term, it faces a certain amount of anti-incumbency factor, smaller or greater, the minister said.
“However, this is one of the rare instances, when the BJP entered the election fray with pro-incumbency and came back to power with full mandate,” said Singh, the Minister of State in the Prime Minister’s Office (PMO).
He complimented former chief minister Sarbananda Sonowal for having led a government which worked in perfect coordination with the Central government headed by Prime Minister Narendra Modi, which, the Union minister said, resulted in optimum implementation of a series of Central schemes and welfare programmes.
Singh expressed confidence that under Sarma also, the trend will continue and Assam will emerge as a model of development in India’s growth journey led by Prime Minister Modi.

Singh said, COVID management would be the priority of the new government, but hastened to add that Assam fared better in its management and control of the pandemic in comparison to many other states.
He said there has never been any complaints in the state about oxygen unavailability or any other constraint during the entire phase of pandemic and for this also, the credit goes to the proactive approach of the administration. (PTI)