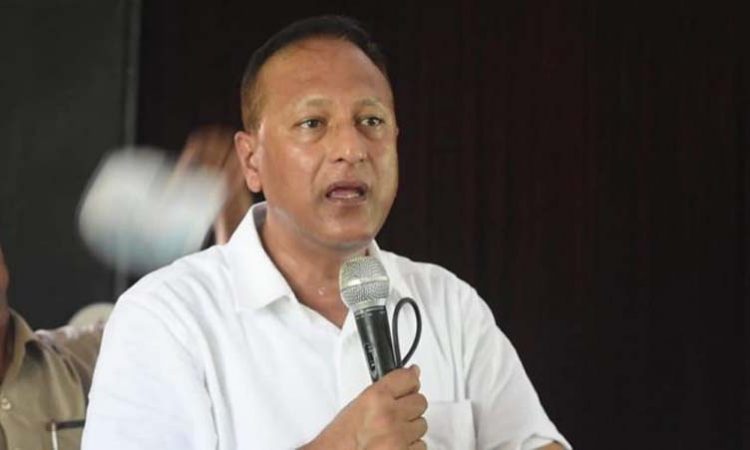 Guwahati, January 24: The Congress on Sunday alleged that the BJP’s agenda is to destroy Assamese identity through the Citizenship Amendment Act (CAA) and Hindutva politics.

Senior Congress leader Pradyut Bordoloi said that the blatant violation of the Assam Accord by imposing CAA speaks volumes about the saffron party’s attitude towards the Assamese language and culture.
“The BJP’s claim of safeguarding Assamese language and culture by giving awards to renowned personalities is an eyewash to hide its agenda of destroying Assamese identity through CAA and Hindutva politics,” the Nagaon MP told reporters.
He alleged that the BJP was attempting to rename schools and colleges in the state after RSS leaders such as Deen Dayal Upadhaya and not Assamese freedom fighters.
Prime Minister Narendra Modi’s claim that the BJP has ensured peace and stability in Assam by curbing insurgency is untrue as it is well-known that the Congress government is credited with the surrender and rehabilitation of several ULFA leaders and bringing peace to the state, Bordoloi said.
“It is evident from Assam’s growth chart from 2006- 2016 that the Congress had effectively curbed insurgency in the state with stability and development being reflected in the GDP growth from 1.75 per cent in 2001 to 6.68 per cent in 2013-14,” he said.
Bordoloi alleged that ‘Atmanirbhar Bharat’ in reality is only aimed at promoting business for people from Gujarat and other parts of the country and there is no scope for Assamese entrepreneurs in the state.
He said that the construction of the Bogibeel Bridge, inaugurated by Modi in 2018, had started in 2011 during the Congress rule though it was launched by former prime minister Atal Behari Vajpayee in 2002.
“Work on the construction of the bridge had not begun till the then chief minister Tarun Gogoi pushed for it and 95 per cent of the work was completed by 2016 when the BJP came to power in the state,” he said.
The BJP has also failed to keep its promise of granting Scheduled Tribe status to six major tribes even after repeatedly promising it, Bordoloi said.
He alleged that the ruling party’s claim that Assam and the Northeast have got due attention from the Centre and made unprecedented progress in the last six years was far from the truth.

The North East Industrial and Investment Promotion Policy and special status for the northeastern states were scrapped while grants-in-aid to Assam have been decreasing since 2016 even though the BJP is in power in the state and the Centre, Bordoloi said.
Women have never been so insecure in Assam and the state has ranked number one in crimes against women for the third consecutive year while one in seven women face gender- based violence every day, he said.
The prime minister, after distributing land ‘pattas’ to Assamese people, had asserted on Saturday that the BJP-led government is committed to protecting the land, language and culture of the indigenous people. (PTI)