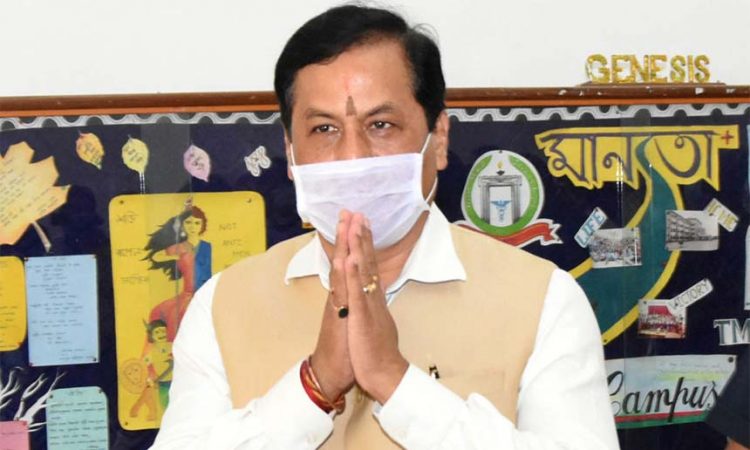 Guwahati, April 8: Assam Chief Minister Sarbananda Sonowal on Thursday exuded confidence that the BJP would win the just-concluded assembly elections and form a government for the second consecutive term “as people are happy with the positive work undertaken in the last five years.”

Sonowal, while addressing a joint press conference with his cabinet colleague Dr Himanta Biswa Sarma and BJP state president Ranjeet Dass, thanked people for coming out in large numbers to exercise their franchise during the three- phase elections.
“The BJP will again form government in Assam for the second time. People here are happy with the development work undertaken by our Team Assam for the protection of their land, culture, heritage, language in every part of the state. They have participated in the electoral process with great enthusiasm,” he noted.
Sonowal further said that the “value-based politics” practised by the BJP will bear good results for the party this election, and expressed his gratitude to Prime Minister Narendra Modi, Home Minister Amit Shah, his cabinet colleagues, BJP national president J P Nadda, and alliance partners – AGP and UPPL – for undertaking extensive campaigns.
The CM also thanked the Election Commission of India for smoothly conducting the polls.

Against 260 untoward incidents reported during the 2016 elections, only 119 were recorded this time, he added. (PTI)