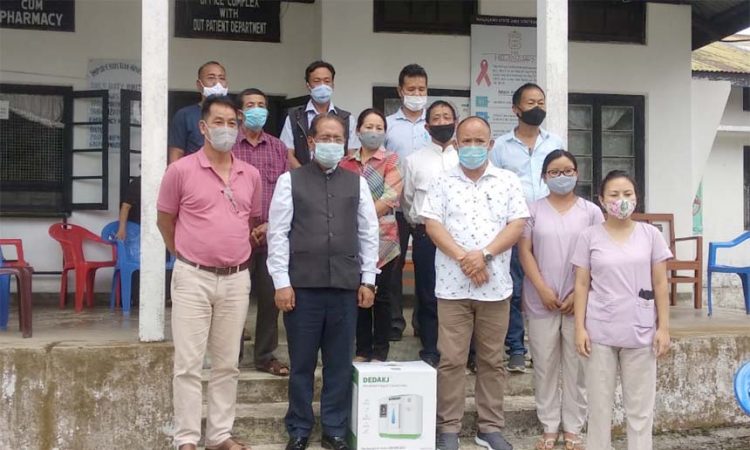 The BJP leader, while handing over the healthcare equipment to the hospital authorities in presence of ABAM Executive Secretary Rev. Dr Mar Pongener, said he felt greatly for the Impur Christian Hospital, which is a private institution providing yeomen service in the society. Stating that he has an emotional attachment with the ICH since his deceased mother studied at the Impur Mission Centre, he said that the oxygen concentrator was being donated to the hospital in memory of his loving mother and hoped that it would serve the needs of the people since the healthcare equipment is much needed in every hospital during this worldwide pandemic.
BJP Mokokchung district president, Imlolemba Jamir, who accompanied the BJP national vice president, expressed deep gratitude to BJP national president JP Nadda for appointing Dr Chuba Ao in the national leadership and said his appointment was a clear indication that the BJP gives utmost importance to every community in the country irrespective of region, community or religion. He pointed out that Dr Chuba Ao is one among the only 12 national vice-presidents in the whole country and that his appointment is a great blessing for the whole Naga people and the Northeast region as a whole.

The ICH authorities expressed appreciation to Dr Chuba Ao for his concern and donation.
Earlier the BJP national vice-president had on May 12 donated medicines to the Chief Medical Officer, Mokokchung, to be given to COVID patients who could not afford them. The donated medicines were handed to the CMO through the BJP Mokokchung district office, said a BJP release.
(Page News Service)