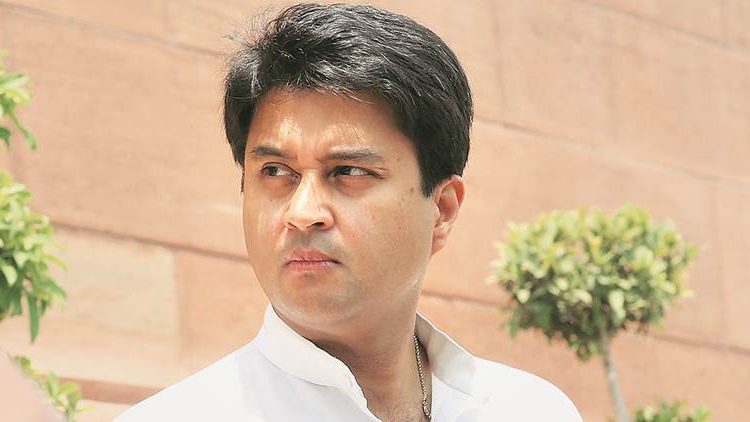 Damoh (MP), September 3: Police Monday arrested a 19-year-old son of a ruling BJP MLA in Damoh district for allegedly threatening to kill Congress leader Jyotiraditya Scindia through a social media post, an official said.
The accused Princedeep is the son of Uma Devi Khatik who represents Hatta assembly seat in the Legislative Assembly.
“The FIR was lodged by some Congress leaders after they came across the post allegedly posted by Princedeep on Facebook, following which he was arrested,” said Hata police station in-charge Dharmendra Singh.
Princedeep used objectionable language against the erstwhile royal who represents Guna Lok Sabha seat and threatened to shoot him if he visited Hatta, he said.
The FIR was lodged by Youth Congress leader Anurag Vardhan Hazari, the officer said.
He said Princedeep was brought to the police station by his MLA mother.
He has been booked under various sections of the IPC, Singh said.
Scindia is scheduled to visit Damoh district on September 5.
Condemning the post, former Madhya Pradesh chief minister Digvijay Singh said the incident showed the “real face” of the BJP and RSS.
State unit Congress spokesman Pankaj Chaturvedi demanded that the government strengthen Scindia’s security if needed.
In New Delhi, Jyotiraditya Scindia told reporters that the “real face of the BJP” has been exposed. The BJP and chief minister Shivraj Singh Chouhan’s only target is to demolish the Congress, he said.
Leader of opposition Ajay Singh said, “Police will not take any action against the BJP MLA’s son. I have often said that there are two sets of law in Madhya Pradesh. One, for the common people and another for ruling BJP and its leaders.”
Pankaj Chaturvedi, known to be close to Scindia said, “The BJP might talk of Mahatma Gandhi but in their minds lurks the mentality of Nathuram Godse. But no one can deter our leaders with death threats. The rally scheduled for Wednesday will be held at Hatta.” (PTI/Agencies)